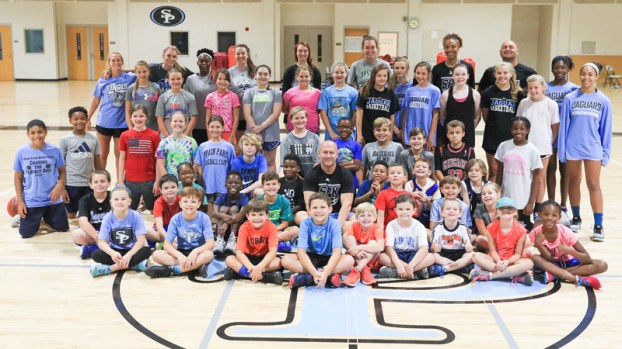 HOOVER – Last year, the Spain Park girls basketball camp saw plenty of success, and now, in 2019, campers will have the opportunity to chase the perfect shot again.

Known as “Chasing the Perfect Shot” after head coach Mike Chase, the camp will be hosted at Spain Park High School from June 24-27 from 9 a.m. to noon each day.

The camp will be open to both boys and girls entering first through eighth grade and will give those athletes the chance to learn from a team that won the 2018 Class 7A State Championship, and a team that has been to three consecutive Sweet 16s.

During the three hours of the camp, there will be segments featuring fundamental training, various stations, 3-on-3 games and more.

During each segment, campers will learn ball handling and foot work, and will go through drills related to defense, screens, layups and more.

Each camper in attendance should wear a T-shirt, shorts, socks and basketball shoes, and is asked to bring drinks and a sack lunch, but the concession stand will be open. They’ll also receive a complimentary shirt for being a part of the camp and parents are more than welcome to stay and observe the camp.

Chase, who has been hosting camps for close to 20 years, hopes the camp will spark interest in the sport moving forward.

Last year, he said a dad came in with two kids just beginning to play, and basketball was about the third thing on their list of interests. That dad said after the camp, they went home and went right out to get the ball and shoot in the driveway, which they had never wanted to do before.

In addition to great instruction from the coaching staff, the campers in attendance will also get the opportunity to learn from players on Spain Park’s team, which has learned how to work hard as a team under Chase.

One of those players will be Sarah Ashlee Barker, who has been named one of the top two players in the state and is committed to the University of Georgia to play college basketball after her final season at Spain Park.

Chase has been one of the most successful coaches in the state over the last 20 years, and has proven he knows what it takes to get people interested in the game, while also learning how to do it properly.

The camp will cost $100 for the four days and you can register for the camp by visiting Secure4.myschoolfees.com and follow the steps. If you have any questions, you can email Chase at mchase@hoover.k12.al.us.