“When Bobby Joe and I were dating we used to go to the local library and do family research together when we went on a date,” Diane Brandenberg Seales said.

That was 50 years ago, and since then, she has worked exclusively with her cohort husband on dozens of historical preservation projects and with several of organizations over numerous decades. 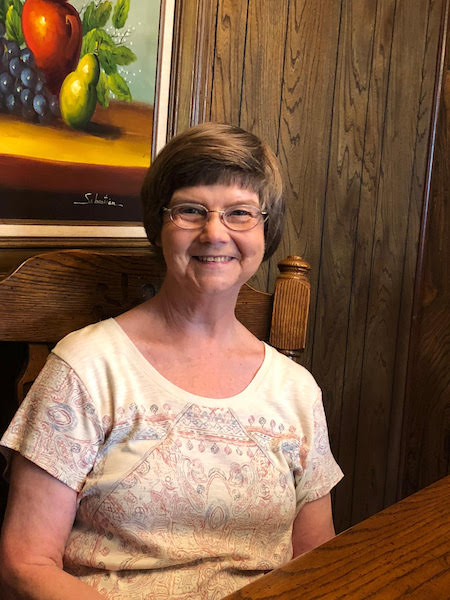 Diane Seales has been instrumental in the state’s bicentennial and other events involving the Daughters of the American Revolution. (Contributed)

In 2014 Diane became a member of the Daughters of the American Revolution, a membership service organization for women who are direct lineal descendants of soldiers or others of the Revolutionary period who aided in the United States’ efforts toward independence.

Members give back to the community by volunteering with veterans at their local VA hospitals, make care packages for troops stationed overseas, clean up local parks, work at homeless shelters and food banks, among many other service activities.

Specifically, Diane has assisted with the Bicentennial and other events involving DAR. Through its Service to America initiative DAR members have volunteered 656,796 hours to date.

Diane has been recognized for her financial support of the George Washington Endowment Fund, which provides financial assistance to the state SARs throughout the country for programs unfunded or lacking enough funds.

The interest from the fund’s account supports such efforts as the provision of markers for Revolutionary soldiers’ graves and erecting historical markers.

GWEF’s generosity to the state of Alabama helped create a brochure that is placed at welcome centers throughout Alabama.

In January 2011, Diane was awarded the SAR’s Daughters of Liberty Medal for her dedication and years of service to Shelby County’s Cahaba-Coosa’s chapter of the Alabama Society of SAR.

As a DAR member in good standing and in recognition of and in appreciation for outstanding services rendered to the Alabama Society of SAR, the 15-year Medal of Appreciation was presented to Seales.

In 2015 she was elected to the post of historian for Shelby County Historical Society.

In 2016 she received a resolution to become an Ambassador of the Alabama Bicentennial Commission.

The oldest of five children, Seales was born in Birmingham. Alabaster has been her home since she was just six months old.

Diane enjoyed a 43-year career as the supervisor of microbiology at what is now known as Grandview Medical Center.

Taking only enough time out for the delivery of their two sons, Diane raised her family while pursuing her career.

“I loved my work in microbiology. It was a great experience,” she said.

Hale a ‘specialist’ in tree cultivation

By DAISY WASHINGTON / Community Columnist “A university is judged by the beauty of its tree lines.” ―Amit Ray, Peace Bliss... read more