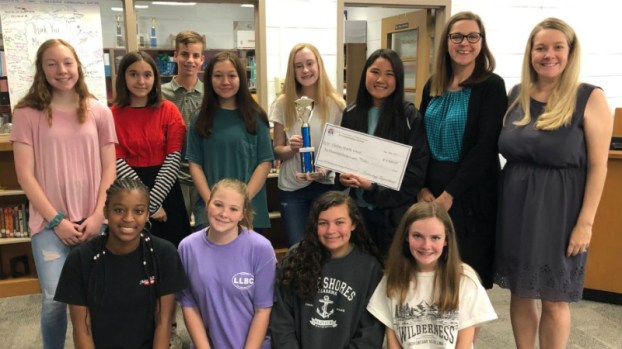 More than 680 students in grades 1-8 participated in the Keyboarding Challenge. (CONTRIBUTED)

This year’s event took place at 13 elementary schools and four middle schools during May 2019.

Teams were made up of select groups of the top 10 typists and two alternates at each grade level per school.

Teams competed in one of three divisions where they had an opportunity to win $6,000 in technology for their school.

Shelby County’s Technology Department began the contest in 2016 in order to revive student interest in building strong keyboarding skills. Participation in the Challenge is voluntary.

“Again this year we have seen growing excitement from students on the team, and their teachers are so proud of the high level of commitment and performance,” said Angela Clark, district technology program specialist who coordinates the contest each year.

Quade Davis, a fifth grader from Oak Mountain Intermediate School, shared how his strategy includes practicing during after-school care and bringing his own keyboard from home.

Davis typed the highest average words per minute among all fifth-grade students who completed the competition.

For the second year in a row, the Division I winning team involved two schools. The Helena Elementary first and second grade teams combined with the third grade team from Helena Intermediate together achieved the highest average with 20.17 AWPM.

The Division III winner was Chelsea Middle School with 60.72 AWPM.

“We appreciate this competition because it gives those students who aren’t normally recognized a chance to really shine,” said Laura Junkin, assistant principal at Oak Mountain Intermediate School. “The OMIS team sets a ‘Word Per Minute’ speed goal and works diligently toward it all year. That effort has paid off for these fourth and fifth graders as they have won the competition for the fourth year in a row in Division II.

The fastest typists in each grade across the district were rewarded with a prize and certificate.

Officials expressed a special thank you to the Shelby County Education Foundation for their generosity in providing prizes for the students. The Foundation also gave each of the 690 participants a stretch band bracelet to recognize their effort this year.