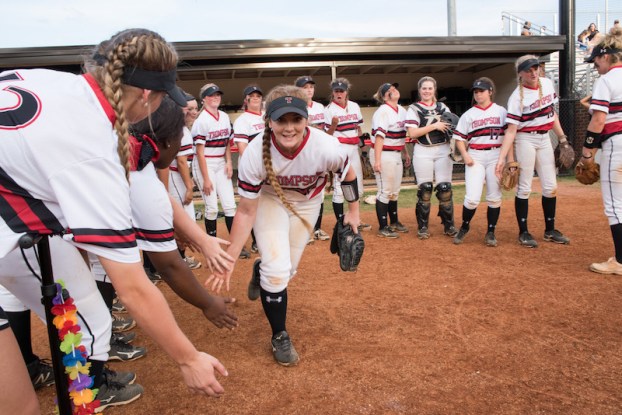 Thompson shortstop Lauren Haskins has been named the Offensive Player of the Year in Shelby County for the second year in a row. (Reporter photo/Keith McCoy)

Haskins, Widra repeat as Shelby County Players of the Year

Some of the best athletes in the state always seem to reside in Shelby County, but the 2019 season brought one of the strongest crops of high school athletes the county has ever seen.

All of those remarkable numbers led to 22 athletes from Shelby County earning a spot on the All-State team, including seven on their respective first team.

To stick out in a pack of players that talented makes you an extraordinary athlete, and that’s exactly what Spain Park’s Annabelle Widra and Thompson’s Lauren Haskins were.

One of the best overall players in the country, Widra didn’t just dominate in the circle this season, but put up some of the state’s best numbers in the batter’s box too. 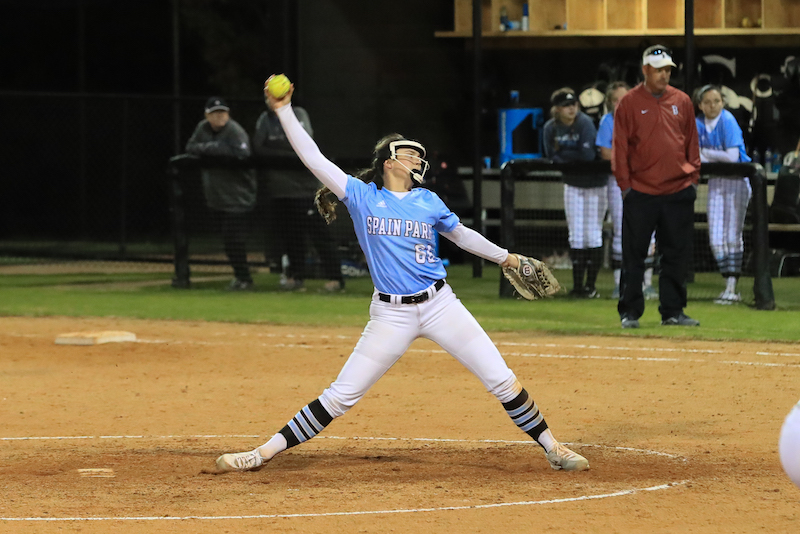 Spain Park pitcher Annabelle Widra was named a Player of the Year in Shelby County for the third consecutive season after stellar play offensively and in the circle. (For the Reporter/Dawn Harrison)

She has now been the county’s player of the year for three consecutive seasons dating back to her eighth grade year.

After bettering her ERA this season, and picking up just one less victory and 27 less strikeouts in 29 less innings pitched this season, Widra brought her career strikeout total to 772 with two more years of pitching left. She has thrown for at least 237 strikeouts in all three years, throwing 272 in eighth grade and 264 last season.

While players like Shelby County’s Peri Clark, Maggie West and Nataley Whitner, as well as Maddie Majors of Spain Park, Yoly Paredes of Pelham and Kindall DeRamus, a teammate of Haskins, all had incredible seasons as well, Haskins’ bulk of work and her ability to do it against the state’s best pitchers made her impossible to ignore for the award.

It marks the end of an incredible career for Haskins, who has left a historic mark on the county, while Widra will be back looking to lead the Jags to another state tournament berth for her fourth year as a starter in 2020.

By ALEC ETHEREDGE | Sports Editor While there was a lot of success across Shelby County, there were a lot... read more