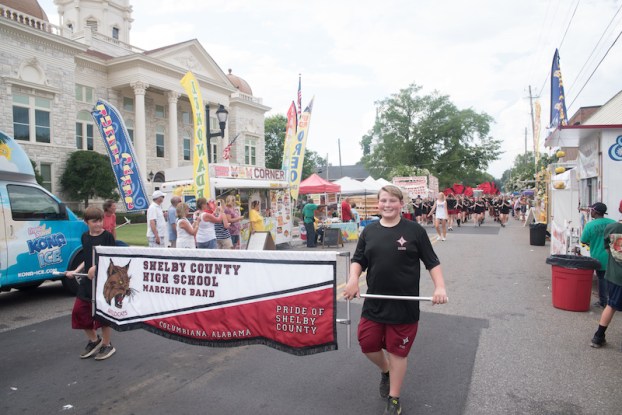 COLUMBIANA – The city of Columbiana invites local residents to its 33rd annual Liberty Day celebration on Main Street the last weekend in June.

The festivities will kick off Friday, June 28, with musical performances in the evening, and will continue on Saturday, June 29, with all the customary features, including live entertainment, local vendors, a car show, a parade and fireworks.

“I try to cover the whole gamut with different kinds of music,” Columbiana Marketing Director Elizabeth Smith said. “We had Rock Candy Band play last year on Friday. They were such a big hit I made them the headliner band on Saturday night. We’re really happy with their group.”

Smith said the band plays a mixture of ’80s, ’90s and current hits, and added, “They hit all the different generations. You’re not going to leave without hearing at least one song you’re familiar with.”

The Balloon Man, a Liberty Day staple and crowd favorite, will impress people of all ages with his balloon animal-making skills Friday and Saturday.

For the third straight year, the Great American Hot Dog Stand will sponsor a hot dog eating contest for those who have the will—and the guts—to compete.

Awards will be given in the car show, which draws dozens of participants each year.

Event-goers can go to the Shelby County Arts Council building on Mildred Street, across from Columbiana City Hall, starting at 11 a.m. Saturday to view an art exhibition featuring artists who are teachers or students at the SCAC.

The Shelby County Chamber is assisting the city with its annual Liberty Day Parade, which starts at 3 p.m. following lineup at 2 p.m.

Anyone interested in having a float in the parade should contact Pari Barzegari at (205) 419-3357 or pari@shelbychamber.org for a registration form and details about the parade lineup, time and location.

Vendors will be set up along Main Street during Liberty Day until 5 p.m. Saturday.

In keeping with tradition, fireworks will cap off the weekend’s festivities at about 9 p.m. Saturday.

“The fireworks are always spectacular,” Smith said. “It’s always enjoyed by all.”

Smith said Liberty Day is a rain or shine event.

Liberty Day dates back to 1986, when locals organized the event to celebrate the 100th anniversary of the Statue of Liberty.

“It started small and has definitely grown,” Smith said.

MONTGOMERY, Ala. (AP) — According to authorities, a van overturned on U.S. Highway 231 and Sanders Road in Montgomery on... read more