Barbara Jean Farnell Milstead’s tenure as a Meals on Wheels volunteer stretches back over two decades.

Her devotion to the program began in 2001, when she would deliver meals to an average of 15 area seniors.

Although that number has diminished since then, she still works the Wilton and Montevallo routes with her husband, Herb, who she has shared her life with for more than half a century. 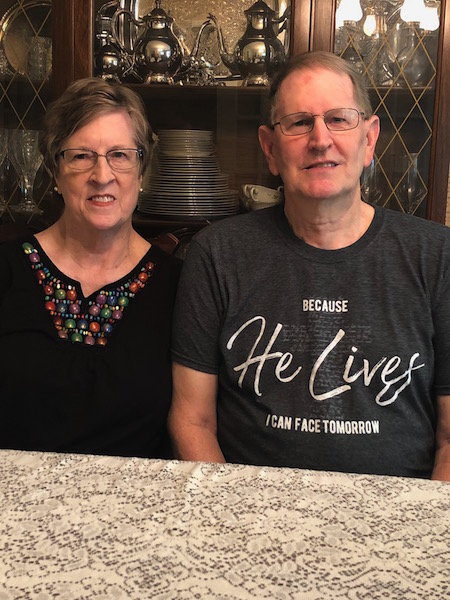 The meals are ready for the couple to distribute when they arrive at the Montevallo Senior Center.

Occasionally, MOW recipients are surprised with a gift as well as a meal.

The gifts are made possible through items that are provided by the Boys and Girls Club. Food items are delivered to seniors during the holidays as well.

A member of United Methodist Church since 1965, she participates in a number of auxiliaries that support many causes and help make a difference in the lives of many of the area’s unfortunate.

The United Methodist Women budgets money for donations to a host community and charity organizations.

Among them are the Shelter for Emergency Assistance, Reading is Fundamental, University of Montevallo’s Upward Bound, and Montevallo Middle and High School’s programming for at risk students, Back Pack Buddies, Camp Cosby Program and scholarships for the church’s preschool program.

Barbara is chairman of the Care and Contact Ministry, which administers services for members who are sick and homebound.

She also sings in the church choir.

In addition to her involvement with Meals on Wheels, the United Methodist Church Auxiliary, Barbara has also volunteered to assist at events at American Village, particularly during the Fourth of July event, where she was the shuttle driver.

Currently, she assists with ticket sales and admissions.

She is on-call for any additional help needed during events at American Village.

Barbara is the proud mother of two children and five grandchildren.

She has been a member of RSVP for the past 12 years.

She has been presented the Presidential Volunteer Service Award for her steadfast devotion to enriching the lives of others.