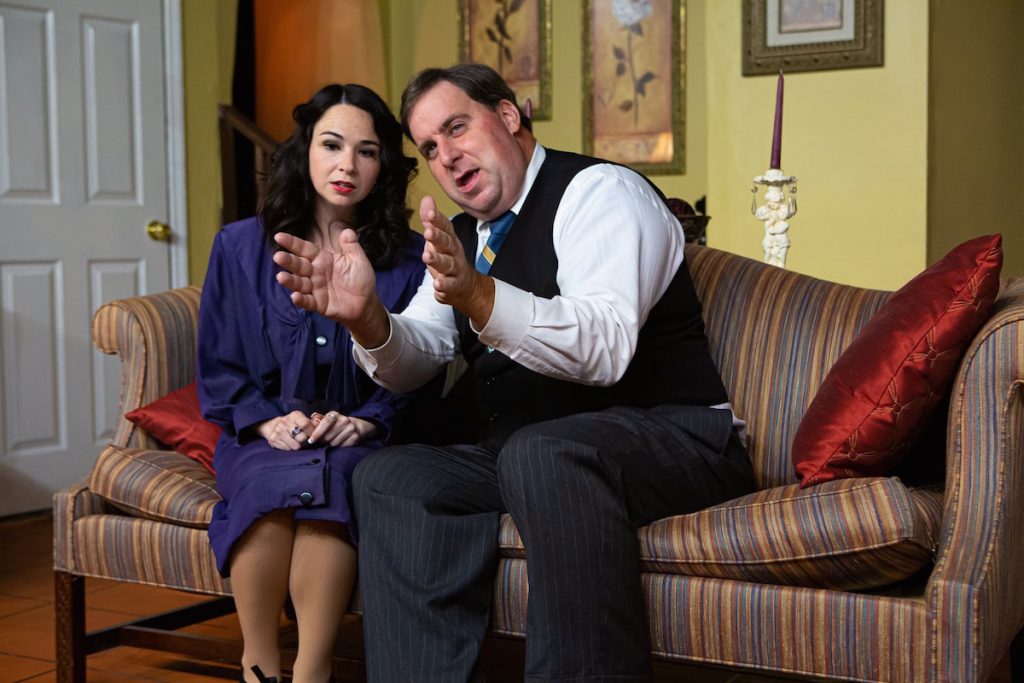 Actors perform in a previous performance by the South City Theater, which will debut two new productions in August. (Contributed)

South City Theatre, a community theater based in Pelham, will debut two new productions for its 19th year in August.

According to Sue Ellen Gerrells, South City artistic director, the shows will be “Savannah Sipping Society” and “Smoke on the Mountain.”

“Savannah Sipping Society” is the first of the two shows and will have performances on Aug. 9-11 and 15-18, at the South City Theatre.

The show will be directed by Julie Meadows and is written by Jones, Hope and Wooten, known for their work on the popular sitcom “Golden Girls”  and features actors including Celeste Burnum, Lori Edwards, Valerie Brock, Suzee Lee, and Leslie Freed Price.

Gerrells describes the show as “delightful, laugh-a-minute comedy, four unique Southern women, all needing to escape the sameness of their day-to-day routines … and realize it’s never too late to make new friends.”

The second show, “Smoke on the Mountain,” is a family friendly musical that will tour local churches in the area including the Episcopal Church of the Holy Spirit on Aug. 16-17 and Crosscreek Baptist Church on Aug. 23-24.

The play is a “breath of fresh mountain air! It’s a drama, comedy, and gloriously good gospel music production, gift-wrapped and given to delighted audiences by a smart, but slightly off-kilter clan of church choir members – The Sanders Family Singers,”  Gerrells explained.

Tickets are available for $16 general admission or $13 seniors (over 60) and students (under 18) for both production and can be purchased at southcitytheatre.com.

For more information about the shows or the theatre, call the box office at (205) 936-9162 and leave a message or email info@southcitytheatre.com