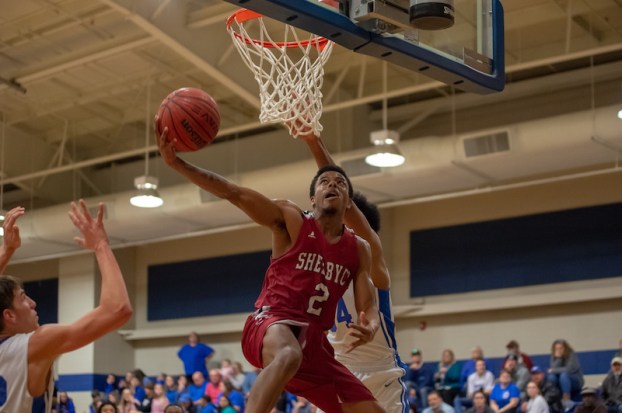 Shelby County’s Tae Whetstone will join Toccoa Falls College to continue playing the sport of basketball after an impressive senior season with the Wildcats. (For the Reporter/Larry Dancy)

COLUMBIANA – After helping Shelby County’s basketball team have one of its best seasons in years last year, Tae Whetstone achieved another special milestone on Tuesday, Aug. 20.

The former guard officially signed a scholarship to attend Toccoa Falls College in Toccoa, Georgia, and continue playing a sport he’s not only good at, but that he loves.

In his career with the Wildcats, Whetstone totaled had several achievements, but it was his senior year that he’ll remember fondly.

His four assists per game finished in a tie for third across the county among All-County team members, while his 2.5 steals tied for first.

One of Whetstone’s biggest highlights during his senior season was scoring a career high 26 points against county foe Calera.

All of his impressive accomplishments earned him a spot on the All-Area team, while also being named to the All-County Third Team as one of the 15 best players in the county last year.

While it was a late move for Whetstone just before the start of a new school year, his ability as a guard and the determination he showed at the high school level should fuel him to go in and fight for a spot.

Nonetheless, it’s a special moment that gives the Columbiana native a chance to not only continue playing a sport he’s worked at for years, but also continue getting an education while doing so.