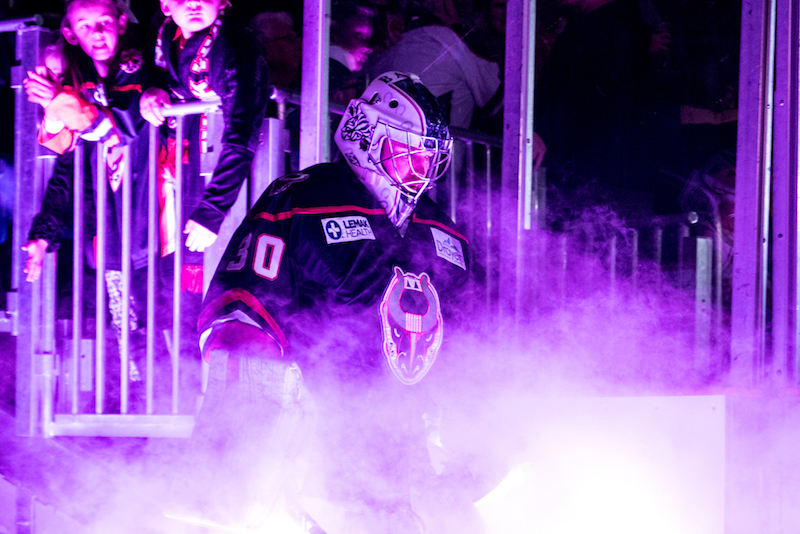 PELHAM, Ala. — The Birmingham Bulls front office announced on Wednesday, Sept. 4, that 2018-19 SPHL All-Star and Goalie of the Year, Mavric Parks has officially retired from professional hockey.

The Eganville, ON native set a franchise record with 30 wins in 2018-19 season with the Bulls and was only the second goalie in the history of the Southern Professional Hockey League to reach that mark.

“The game of hockey has taken me many places, introduced me to an abundant of tremendous people, grown great relationships and bonded endless brotherhoods,” Parks said in a statement following the announcement. “As I continue along in life it is time to begin a new chapter. As the game of hockey has grown and sculpted me into the man I am today, I will now be passing on the knowledge and life lessons that the game of hockey has given me through working with Complete Goalie Development in Ottawa. I am excited for new challenges and obstacles that lay ahead.

“I can’t thank everyone enough who has supported me and the individuals who have provided patience with me along the way,” he said. “My coaches and goalie coaches along the way, and (Jamie Hicks) who believed in me. My parents and family are the ones who made this all possible and I would not be here without them.

“I am very grateful for all my fans who have supported me along the way who are also very creditable for my success. I will forever be in debt to this game, which I am completely compliant with.”

Parks played two seasons in Birmingham as fan favorite after a season with Knoxville Ice bears and folded franchise, the Columbus Cottonmouths.

“To my Birmingham fans, I love y’all and can’t thank you enough for the great two seasons I have spent in Bama and will always consider you guys as family and can’t wait to come back and visit as soon as I can,” Parks said. “For anyone who is looking for arguably the best franchise in the SPHL, best city in the South, and without a doubt the best and most loyal fans in the league, the Birmingham Bulls won’t let you down.

“Best of luck to the guys this upcoming season I will miss the boys and Bama.”

Parks played a major role in helping Birmingham go from second to last in the SPHL during the Bulls’ first season to second in the league in their second season thanks to being the league’s top goaltender this past season, something his head coach knows will be difficult to replace.

“We are so happy for Mavric. He has a great opportunity to start life after hockey,” Hicks said. “We were so fortunate to have him for the first two years of our franchise. We will be forever grateful for all he has done.”

With his departure, the Bulls are searching for the next keeper to step in, which led to Hicks and the organization to signing three goalies to the training camp roster. Ryland Pashovitz, Carson Chubak and Ian Milosz all join Art Brey leading into training camp as the four battle to fill two spots on the roster.