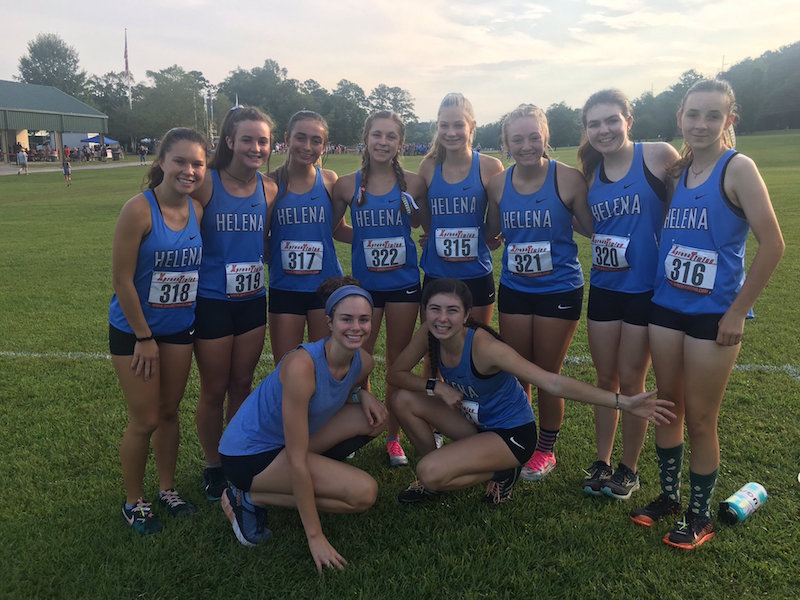 A total of 27 runners from Shelby County were able to claim a spot in the top 50 of the Spain Park Cross Country Classic on Saturday, Sept. 14. (Contributed)

Two of the best girls runners from the county, Spain Park’s MacKenzie Culpepper and Chelsea’s Teanna Cason, continued to shine in the event with Culpepper finishing third and Cason finishing sixth.

Culpepper, who entered the race off a finish of 13th at the Chickasaw Trails Invitational, was able to put together a strong showing in her second event of the season thanks to finishing with a time of 20:36.94.

Cason, who was also coming in with a lot of confidence after setting a personal record in the Early Bird Twilight to start the season and following that up with a finish of 20th at the Chickasaw meet, was able to finish the race with a time of 21:07.99. That was her slowest time of the year to this point, but tied for her highest finish due to the way the race was ran.

Runners from the county also took up five of the spots between 31st and 40th.

Other team with noteworthy finishers were Montevallo thanks to Yulliana Gutierrez’s finish of 55th and Shelby County thanks to Mary Moore’s finish of 56th.

In all, 27 runners from Shelby County were able to claim a spot inside the top 50 of the individual standings.