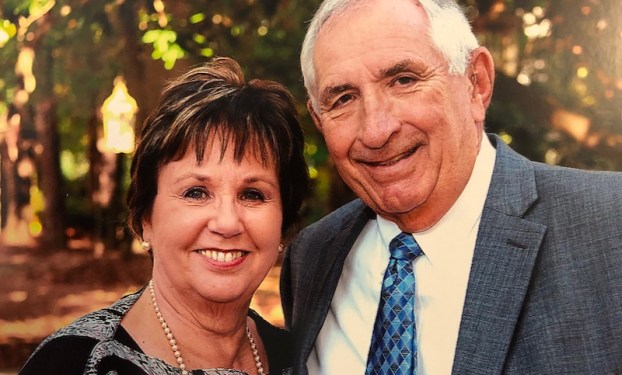 In addition to a lengthy career in the education field, Evan Major has given back to his community through his church and civic groups. (Contributed)

“Pay it forward” is an expression for describing the beneficiary of a good deed repaying it to others instead of to the original benefactor.

In 2015 Evan (pronounced “ee-van”) and Linda Major experienced tragedy when their home was destroyed in a fire.

With the exception of a few items, they lost the majority of their possessions, as well as items that are irreplaceable, such as family pictures.

The community pulled together to support and encourage them.

Firefighters, many who were personal acquaintances of the Majors, were dispatched from surrounding fire departments, joining forces to extinguish the blaze.

Evan and Linda rebuilt their home on the same lot where their original 115-year-old dwelling once stood.

“We are very blessed, we have been given much,” Evan said.

Evan, the oldest of three boys was born in Sylacauga in Talladega County.

He and his mother lived with his maternal grandmother while his father served in the U.S. Army.

He attended what is now the University of Montevallo.

Evan was a physical education major and minored in biology and social science. He started out as a coach, and later taught at Shelby County School of Technology.

Beginning as a teacher and ending as a superintendent, he spent 41 years in the school system.

For many years he served the entire county as the Shelby County Board of Education superintendent.

Along with his spouse of 53 years, who he met in high school, he has been a resident of Columbiana for the past 43 years.

Evan’s career of giving to the community has included involvement in the Shelby County Historical Society for the past 17 years and served on its board of directors.

A regular participant in the Liberty Day event, he was Grand Marshal for 2015.

An active member of Columbiana United Methodist Church, he helps with setup and cleanup of the Saints Alive monthly luncheon event, special outings and field trips.

Evan is a member of the men’s fellowship, which hosts a weekly breakfast meeting, annual breakfast Boy Scout fundraiser event for Friends of Scouting.

Scoutmaster of Troop 560 for many years, he has served with the Boy Scouts Council.

He currently serves on the Support Committee for the construction of the new arts center and is a strong supporter of fundraising efforts.

Breaking ground in May 2018, the project has been an ongoing effort for many years. Completion of the new building is scheduled for September 2019.

Evan and Linda have two children and four grandchildren. He joined RSVP in 2009 and is a recipient of the Volunteer Presidential Award.

By DAISY WASHINGTON / Community Columnist According to Meals on Wheels America.org, the healthcare costs associated with malnutrition in seniors... read more