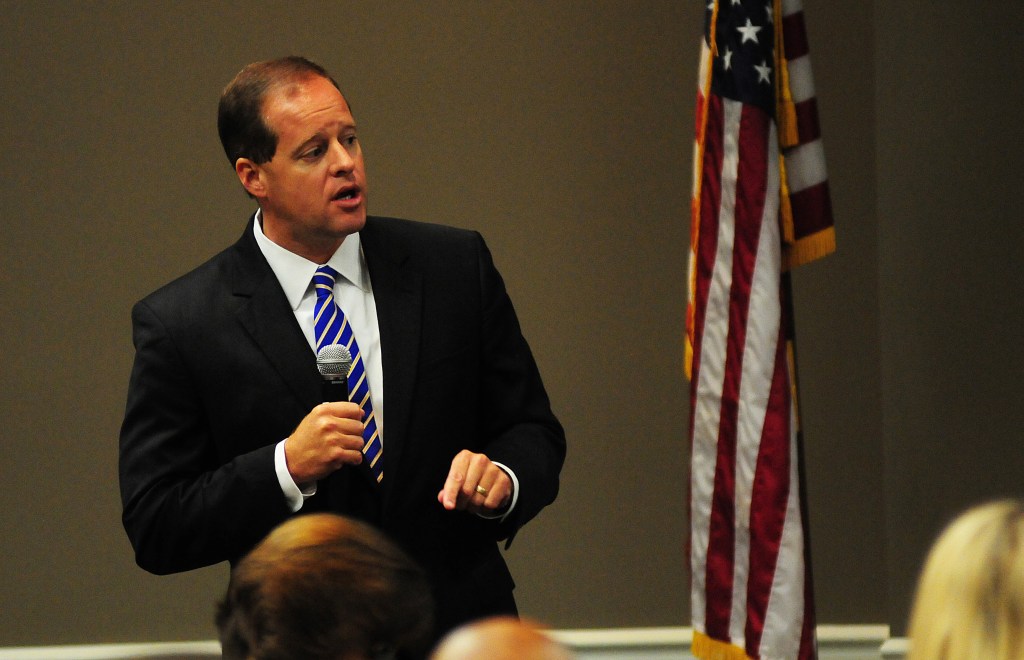 State Sen. Cam Ward, R-Alabaster, has announced that he will run for a seat on the Alabama Supreme Court. (File)

ALABASTER – Sen. Cam Ward, R-Alabaster, announced this morning, Oct. 7, his intentions to run for a seat on Alabama’s highest court.

Ward will seek the Republican nomination to serve as an Associate Justice on the Alabama Supreme Court in Place 1. According to a press release, Ward will officially qualify on Tuesday, Oct. 8, which marks the first day the state Republican party allows candidates to submit the required documents.

This will be Ward’s first time seeking a statewide office.

“The roles of the three branches of government are very well-defined,” Ward stated. “The legislative branch writes the laws, the executive branch enforces the laws and the judicial branch interprets the laws. My judicial philosophy will be easy to understand. As a judge, my role will be to interpret the law exactly as it is written, not to write new ones.”

Ward currently serves as the Chairman of the Senate Judiciary Committee and President of the Alabama Law Institute. He is a practicing attorney specializing in criminal justice reform and economic development. Following his law school graduation, he was admitted to the Alabama State Bar Association and was appointed by former Attorney General Bill Pryor to serve the state as a Deputy Attorney General. Later he joined the staff of Republican Congressman Spencer Bachus as his district director.

The Republican primary will be held on March 3.

Doctor says now is the time to get the…