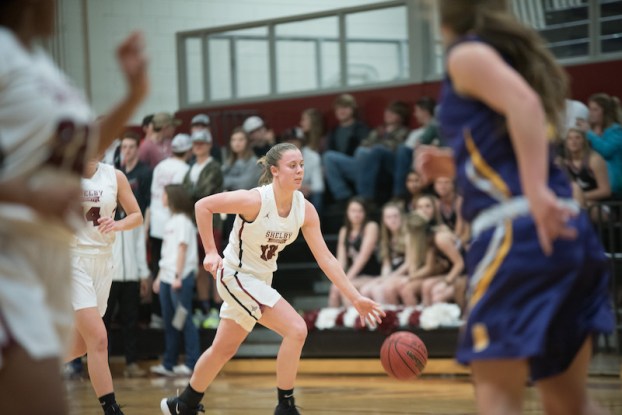 Having been to the Sweet 16 for the last two years in a row, including a heartbreaking loss a season ago, the Shelby County Wildcats’ girls basketball team will look to break down the wall with a deep postseason run during the 2019-20 season.

“We’re excited the season is here,” head coach Ashley Phillips said. “We’ve had a good run the last two years, and I think we can build off of that this season with several players back.”

And with the return of starters Maggie West, Nataley Whitner, Skye Knighten-Lilly and Aaliyah Cotton for their senior seasons, the Wildcats have a right to be excited.

Last year, those four players experienced a heartbreaking 34-31 loss to Jackson High School in the Sweet 16 after going 29-1 up to that point in the season.

“We averaged 65 points per game last season and only scored 31 there,” Phillips said. “We had some things happen, but it’s no excuse, we have to perform on that stage.”

That’s something that has this team motivated to push through this year.

“The confidence is high,” Knighten-Lilly said.”We’re not going to give up at all this season. We have to keep pushing no matter what, and that goes for our coaches and our teammates. I trust this team 100 percent and know they have my back on and off the court.”

Three of those four returning starters scored in double figures last year with West leading the way at 21.2 points per game. Whitner and Knighten-Lilly averaged 10.7 and 10.1 points per game, respectively. In addition to that, Cotton averaged 8.5 points per game. All four of those players have at least 667 career points, while West has 1,583 in her career.

“It helps when you can score,” Phillips said. “With just one starter that graduated, we have players returning that can all shoot and score. It can be someone different every night.”

In addition to those starters, there is one other senior, one junior and six freshmen on this year’s team.

One way Phillips wants to challenge his team this season will be a more difficult schedule in the early going, so you’re not likely to see the same 29-1 team in the Sweet 16 this season, but a more experienced and battle-tested team.

“We’re trying to give them playoff level games early in the season to prepare us for later in the year,” Phillips said. “The goal is to win every game, but we have to be ready for the end of the season.”

One aspect that Phillips said will help make or break this year’s team is improved free throw shooting and the desire to rebound.

“Those two things will be the emphasis this year,” he said. “We shot poorly from the line last year and rebounding is all about desire. You don’t have to be the tallest, you just have to get after it.”

This year’s team is one that will want to push the ball and play fast, while shooting a lot of 3-pointers.

“I’ve been doing a lot more running,” Whitner said. “I want to be in great condition. That’s key. We have to be in way better shape than opponent this year.”

The Wildcats won’t be the tallest team on the floor this year, but they will be one of the better shooting teams, which makes them extremely dangerous.

Shelby County will open the 2019-20 season on Tuesday, Nov. 12, with a home game against Anniston.

By ALEC ETHEREDGE | Sports Editor Coming off their first trip to the Sweet 16 in seven years, the Briarwood... read more