Veterans honored at American Village’s Service of Thanksgiving and Remembrance 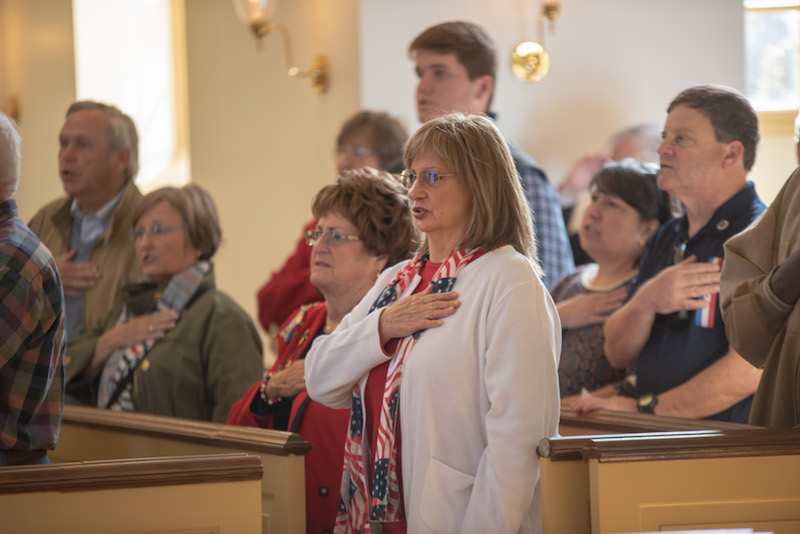 Attendees of the American Village’s Veterans Day Service of Thanksgiving and Remembrance on Monday, Nov. 11, place their hands over their hearts during the Pledge of Allegiance. (Reporter Photo/Keith McCoy)

MONTEVALLO – Dozens of people attended the American Village’s Veterans Day Service of Thanksgiving and Remembrance on Nov. 11 to pay tribute to all of the men and women who have served their country in the U.S. Armed Forces.

Held in the Lucille Ryals Thompson Colonial Chapel, the service began with a prelude selection by Dr. Laurie Middaugh and a call to worship by the First Baptist Church of Columbiana Choir, who sang “America!”

The congregation was invited to stand and sing the hymn “America the Beautiful” before American Village Interpreters rendered the Presentation of Colors and led the Pledge of Allegiance.

Then, the congregation was invited to participate in a responsive reading, expressing thanks to veterans and ending with the words, “Your sacrifice will not be forgotten!”

The choir followed the reading with the song “Salute to the Armed Forces.”

Kirk Lightfoot spoke about a project he has led to produce and install banners in Montevallo’s Main Street district honoring local veterans.

For the last few months, residents have been able to purchase banners in honor of veterans in their families.

Each banner features a veteran’s photo, along with his or her name, rank, military branch and years of service.

The banners will be located in prominent areas in the city during November for Veterans Day, May for Memorial Day and July for Independence Day.

Lightfoot read the names of veterans for whom banners have been purchased.

Bagpiper Ryan Morrison played “Amazing Grace” as he led the congregation out of the chapel and over to the National Veterans Shrine for a wreath-laying ceremony.

American Village Founder and CEO Tom Walker stressed the importance of families adding their veterans to the Veterans Register of Honor, a website and database housed within the shrine.

“It’s up to us to make sure their stories are heard,” Walker said, and asked all veterans in attendance to raise their hands. “God bless each and every one of you.”

More information on the National Veterans Shrine and Register of Honor can be found at Americanvillage.org. 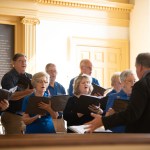 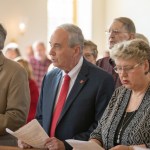 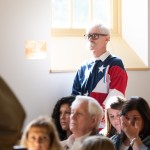 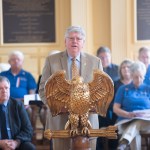 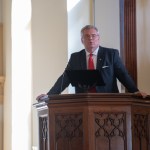 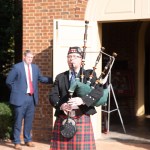 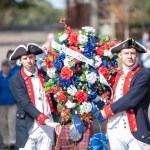 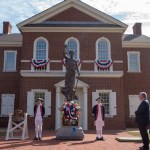 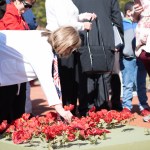 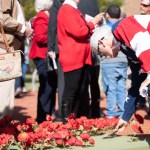 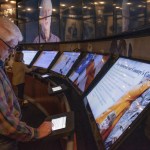