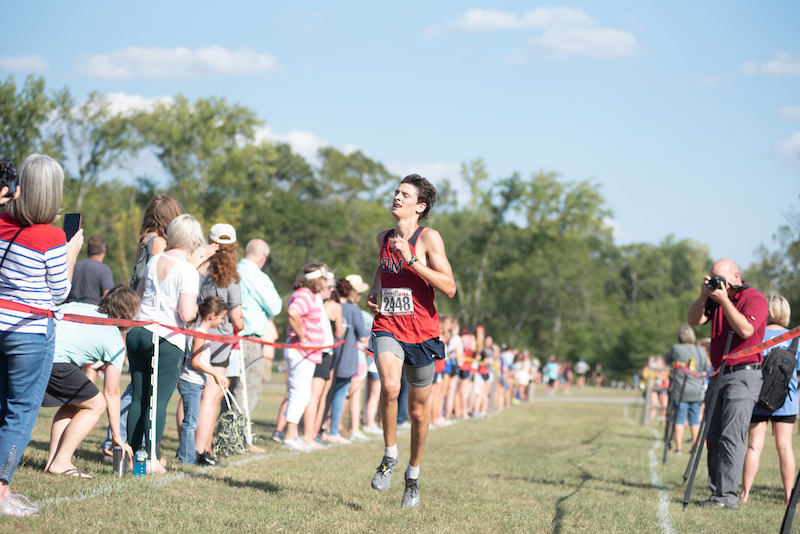 OAKVILLE – Oak Mountain’s Walker Cole and Thompson’s Jace Jones had both dominated the 2019 cross country season with neither finishing lower than 11th in any race this year, and on Saturday, Nov. 9, the two closed out the season with two top five finishes at the 2019 Class 7A State Championship meet.

Cole, who entered the race with four wins this season and no finish lower than fourth, ran his third fastest time of the season at 15:24.35 and finished second in the race. In his last three races, Cole easily ran his three best races of the season finishing second, first and second with a personal record time of 15:08.30 in the sectional race one leg short of the state meet.

Just a junior for the Eagles, Cole will come back as one of the best runners in the state for his senior season.

Jones, who was a senior for the Warriors, closed out his season with a strong showing as well by claiming fifth in the event behind a time of 15:36.94. That marked his second fastest time of the season and his fourth top-five finish of the season after starting the season with two wins in his first two events.

There were also several strong finishes in the girls’ race with six local runners finishing inside the top 40.

The highest finish came from Oak Mountain’s Evie Bell, who finished the race in 13th with a time of 19:03.21. She was the only girls’ runner from Shelby County to finish in the top 20.

Wedged between those two Spain Park runners was Thompson’s Emily Allen, who closed out her junior season with a finish of 23rd with a time of 19:37.81.