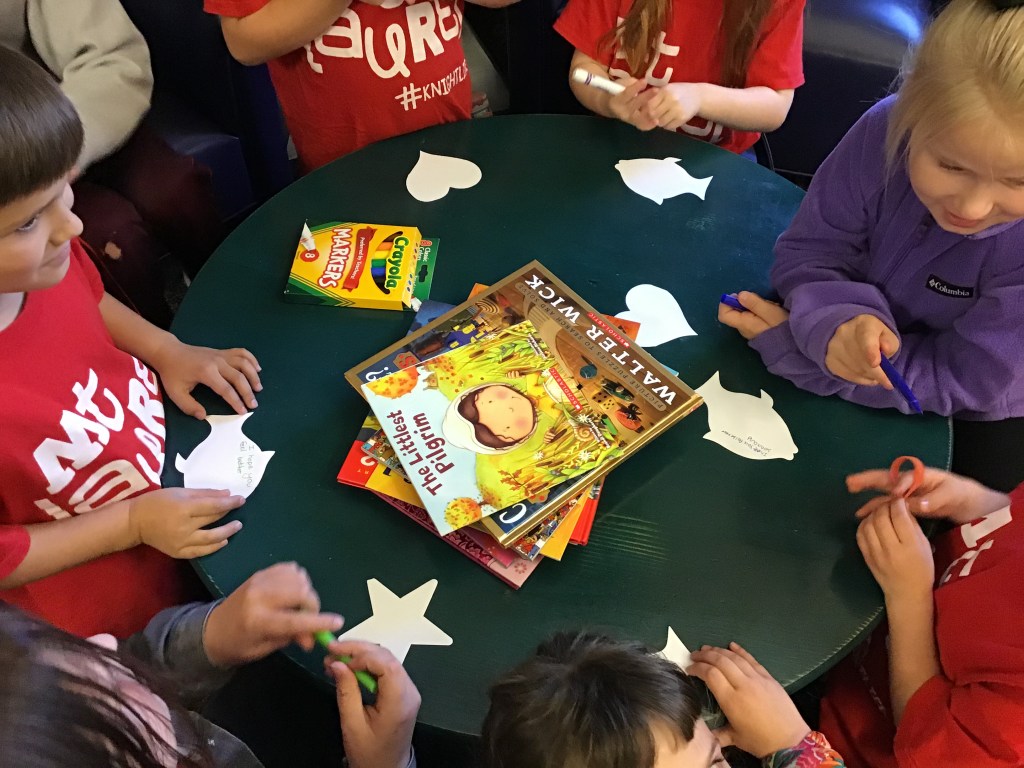 BY: CINDY WARNER – SPECIAL TO THE REPORTER

Students at Mt Laurel Elementary had a special task to perform as part of their monthly “House” meeting today after hearing from guest speaker Billy Ivey, the founder of Napkinisms. The students each wrote a special Napkinism note that will be sent to patients at Children’s Hospital of Alabama.

Ivey shared with the students how Napkinisms got started when he shared an Instagram photo of the silly messages he would write on the napkins that he would place in his children’s lunch boxes. The photos gained popularity to the point that Ivey now writes the notes for companies like Chick-Fil-A and Children’s Hospital of Alabama. 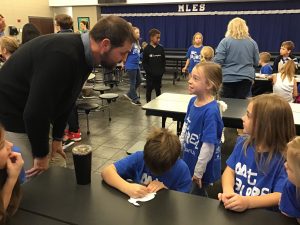 Billy Ivey, the founder of Napkinisms, with students at Mt Laurel Elementary.

Students got ideas of what makes a good napkin note from Ivey – who showed them photos of his own napkinisms. Partly humorous, partly inspirational, the main idea is simply to create messages that can help to brighten someone’s day, Ivey explained.

The napkinisms project was conducted during the student’s monthly “House” meeting, a school community-building initiative that is entering its second year. The “Houses” concept was first introduced to Principal Celita Deem by first-grade teacher Heather Butler.

“I had read an article about another school that had implemented the concept and it sounded like a really good way for not only our students to interact but also the teachers from different grade levels who don’t always get to spend time with each other,” explained Butler.

There are five “Houses” which consist of a mixture of general education classes of different grade levels, special area teachers, special education teachers, paraprofessionals and office/lunchroom/custodial staff. “Houses” are named for five key traits school leaders want the children to exhibit: Honestidad (Honesty in Spanish), Rispetto (Respect in Italian), Uaminifu (Loyalty in Swahili), Amable (Kindness/Friendly in Spanish), and Magtiyaga (Perseverance in Filpino). Each “House” has a primary color (red, green, blue, yellow and orange) assigned to them with t-shirts in those colors for students and teachers to wear on meeting days and as their class field-trip shirt. 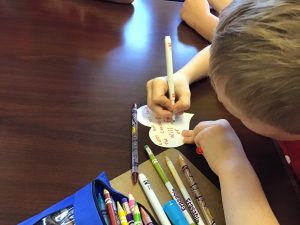 Butler said it has really been impactful in that the students are building relationships with kids from various grade levels and teachers are getting to know other students other than the ones in their class.

“I get to meet kindergarten students that I might have the next year in my class,” said Butler. “This year I have three students who were in my House group, so at the Meet the Teacher day they already recognized me. I also get to see kids that I previously taught that I wouldn’t have the opportunity to cross paths with much anymore.

Deem said when she first became the principal at MLES she was committed to building relationships with all stakeholders, not only within the walls of the schools but filtering out into the community also.

“The ‘Houses’ have taken the relationship piece to a deeper level,” she said. “And the fact that it has been teacher-led created more ownership and buy-in among all staff.”

Assistant Principal Tina Neighbors said one of her favorite things is watching the mentor-mentee relationships that have formed among the older and younger students. It has given the younger students someone older to look up to while providing leadership opportunities for the older students. As a result, Deem and Neighbors said the “Houses” have helped increase academic achievement and decrease discipline referrals since it was implemented. 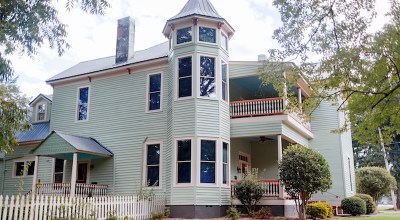