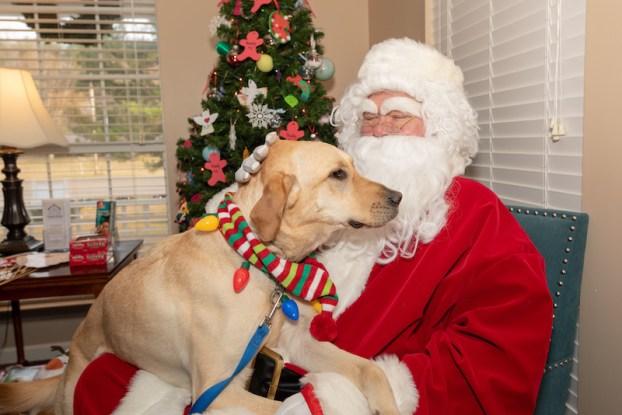 The event included tours of the building and explanations of the services Owens House CAC provides for child abuse victims and their families.

“I think it’s been a blessing to a lot of kids over the years,” Greer, executive director of Owens House, said of the facility, which opened in 1997, four years after the nonprofit agency launched.

In the current facility, the Owens House CAC staff is able to take a multi-discipline approach to child advocacy by conducting forensic interviews; providing crisis intervention and emotional support; offering individual, group and play therapy; conducting extended forensic evaluations; and providing court support, among many other services, in a safe, home-like atmosphere.

Maribeth Bowman, a forensic interviewer at Owens House CAC, said the facility conducts between 350-400 interviews each year, making it one of the busiest facilities in the state.

In addition to the agency’s services, Greer talked about Owens House CAC’s newest program, BUDDY team, which allows individuals and groups to sponsor children in counseling through notes or gifts of encouragement.

Children from Columbiana Church of Christ were busy crafting festive cards for the buddy program during the holiday open house.

“It’s a very therapeutic part of our process here,” Greer said, noting more sponsors are needed. “We just wanted to give the community a chance to get involved in that.”

Anyone interested in joining the BUDDY team can email Greer at shelbycountycac@bellsouth.net or call the facility at (205) 669-3333.

Those who attended the event also had a chance to meet Fitz the facility dog, a comforting fixture at Owens House CAC.

Fitz’s handler, Tonya Willingham, said he was trained for two years through the nonprofit organization Canine Companions for Independence.

Fitz can sit in the interview room with children or even go to court with them.

The next big project for Owens House CAC will be the construction of a new training and community outreach building on the property in spring 2020.