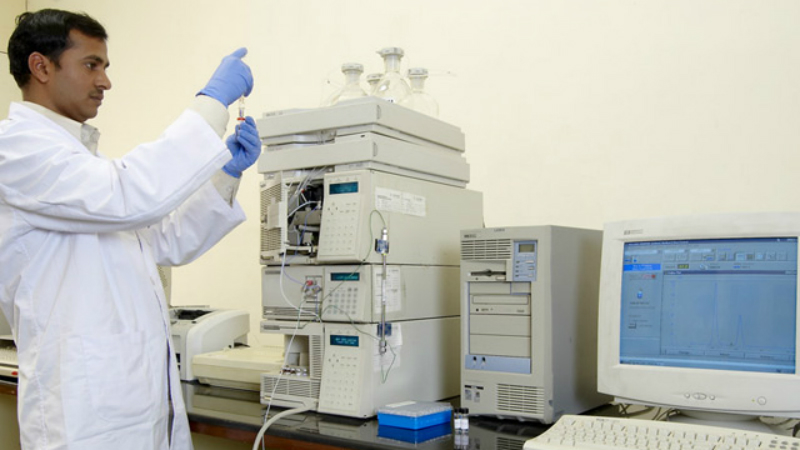 Therachem is headquartered in Chelsea and also operates a research and development center in Jaipur, India. (CONTRIBUTED)

CHELSEA – A Chelsea business plans to build a new facility and grow its workforce by 400 percent pending incentives from the city and Shelby County.

Shelby County has approved an incentives package for Therachem, an early-stage biopharma operation, while the Chelsea City Council is expected to consider incentives at its meeting on Tuesday, Jan. 21.

With a research and development center in Jaipur, India, that employs more than 100 people, Therachem is headquartered off Chesser Crane Road in Chelsea, where the company employs five workers.

Now, Therachem officials—including CEO Dr. Pooran Chand, who lives in Chelsea, want to build a new facility that would be the first tenant of the Chelsea Business Park.

The Shelby County Economic and Industrial Development Authority at a meeting on Jan. 15 approved about $90,500 in abatements of sales and use, and property taxes to incentivize the project, as company officials also considered other locations, including Nashville, Tennessee, for the facility.

The tax abatements are for a period of 10 years and do not include the portion that goes toward education.

“The partnership between the city of Chelsea, 58 INC./Shelby County and the state of Alabama’s team at the Department of Commerce will help an existing Chelsea, Shelby County business grow in an environment friendly to small but high-growth technology companies,” said Yvonne Murray, director of 58 INC. “Therachem is exactly the type of business that 58 INC. has been tasked with attracting and retaining in Shelby County. Their leadership seeks to support its local economy and provide promising career paths to local residents. We are thankful and thrilled that they have chosen Chelsea as their place for growth.”

When combined with 1.07 acres purchased by Therachem, the business would have 2 acres of land to house the new facility and provide space for future additions.

Chelsea Mayor Tony Picklesimer said the city is a bedroom community and called the “last piece of the puzzle” of Chelsea’s growth is jobs inside the city limits.

“What we need is daytime population, so my focus for the last couple of years has been to generate jobs,” Picklesimer said.

The park is comprised of about 14 acres, and Chelsea Mayor Tony Picklesimer said officials hope Therachem would serve as an anchor to spur future development while having minimal impact on the surrounding area.

The city’s and county’s incentives could be enhanced by incentives from the state. Therachem’s plan qualifies for help under the Alabama Incentives Modernization Act.

Therachem Chief Business Officer Randall Riggs said the target employment for the new facility is 20 people though the operation could grow larger than that.

Therachem supports drug discovery and development, and large-scale synthesis, on a contract basis for the pharmaceutical industry and biotech companies. Therachem offers custom chemistry for animal products and starting materials for drugs for humans. If a drug’s creation takes 10 synthetic steps, for example, a pharmaceutical company might contract with Therachem to perform the first five steps.

The new facility would allow Therachem to follow the more stringent requirements for producing later-stage chemicals.

Riggs said cooperation from local and state officials will allow Therachem to become a truly multinational company, with operations underway essentially around the clock because of the time difference between Alabama and India.