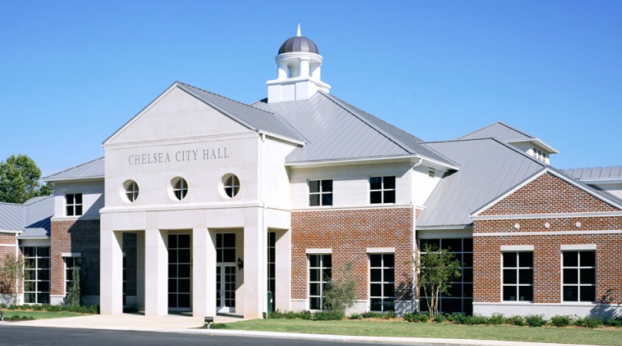 Chelsea Council approves increase in salary for next mayoral term

CHELSEA – Upcoming events, a change in the mayor’s salary and Arbor Week were among the topics addressed by the Chelsea City Council at its meeting on Tuesday, Feb. 4.

Andrew Nichols with the Alabama Forestry Commission was on hand for an approved resolution declaring Feb. 23-29 as Arbor Week, when residents are encouraged to participate in tree planting activities.

Feb. 29 is Arbor Day, and a tree giveaway event is planned for Chelsea Community Center.

The Council suspended the rules to approve two ordinances because not everyone would have been available to discuss and vote on them at the next scheduled meeting, on Feb. 18.

The first ordinance was related to the sale of 10.62 acres of city-owned property bordering Yellowleaf Creek and the youth ball fields off Shelby County 47.

Chelsea owned about 28 acres total, and the sale of the 10.62 acres and its subsequent development will give the city access to the remaining property.

The property had been declared surplus at a previous meeting, but the new ordinance was needed because the name of the entity the city is selling the land to had changed.

The second ordinance was to increase the salary for the mayor’s position, effective upon the next mayoral term beginning in November.

Mayor Tony Picklesimer’s current salary is $64,800 per year, or $5,400 per month. In November, the salary for the mayor position will increase to $5,900 per month because of “the increase in responsibilities,” according to the ordinance.

Also, a $700 per month automobile allowance will also be instituted in lieu of an itemization of time, mileage and other expense reimbursement, and will cover travel in Central Alabama, according to the ordinance.

The new salary will become effective on Nov. 2 and apply to whoever is elected mayor.

By ALEC ETHEREDGE | Managing Editor CALERA – For the last few weeks, Jayson Jones and T.J. Gilbert have had... read more