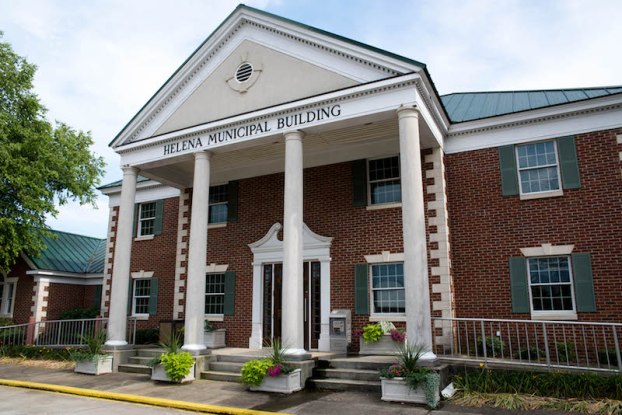 The Helena City Council decided to table a discussion about rezoning an area of land in the city that Valley Creek Land and Timber is hoping to turn into 207 residential lots. (Contributed)

HELENA – Following a contentious round of statements for and against a rezoning request by Valley Creek Land and Timber for new residential properties, the Helena City Council moved to table the issue until April 13.

The council was set to vote on a request by Valley Creek Land and Timber to rezone an area of land being considered for residential development from an A-1 to become a “Special District.” The residential area is planned to have 207 lots, with some of the lots being multiple acreage.

Following the comments of many concerned citizens there was not a majority among the councilors to approve or deny the request, leaving the council to table the vote pending more information.

A lot of citizens showed up to express their disapproval of the entire project  for various factors including traffic issues, environmental problems, the impact on city schools, infrastructure and others.

“If you put 400 more cars on Highway 13 in front of the railroad tracks before 7 a.m. before we have to get our kids to school, on a road that needs improvements to keep everyone safe…what you’re doing is contributing to a problem that probably won’t be resolved,” Joey Roberto said.

Other concerns include those using well water in the area.

“Please, can we just try to understand the environmental impact that this development could have on us that have well water,” Melissa Lumpkin said. “This will trickle down to the water system that we and our livestock drink from.”

One student even pointed to the crowdedness of Helena High School and not being able to sustain more people.

The development company and its representatives were present to speak in favor of the request as well as trying to assure some of the public concerns.

“This is a benefit for everybody involved,” said Jack Kubiszyn, attorney for Valley Creek Land and Timber. “It’ll increase the tax base, and tax revenue. The people will have a say in how this property will be developed.”

“We are here as someone that wants to be a good neighbor,” said Billy Vandevender, the land owner. “We certainly wouldn’t want to come here and do something that the city council, the mayor and the citizens would be sorry that they allowed us to do. We want you to know that we have your best interests at heart.”

Councilperson Leigh Hulsey made a motion to deny the request, which was neither denied nor approved. There were then two motions to table, with the second motion passing, moving the vote to April 13.

By NATHAN HOWELL | Special to the Reporter HELENA –  It is very important for children to start thinking about... read more