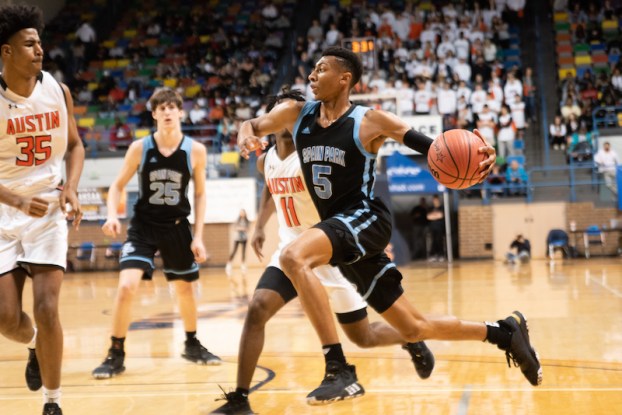 Cam Crawford of Spain Park, Ryshod Keith of Vincent and Zane Nelson of Oak Mountain all earned the honor when the team was released after each led their team to at least the Elite Eight this season.

Each of the three focused coming into the season on buying into their role as a leader and taking their game to the next level.

For Nelson, he helped lead the Eagles to their first Final Four appearance in school history as the only senior in a starting lineup that featured three sophomores.

He averaged 16.2 points, 4.4 rebounds and 2.6 assists per game during his senior season. His year as both a productive threat and a leader on the floor helped earn him a spot on the Class 7A All-State Second Team. 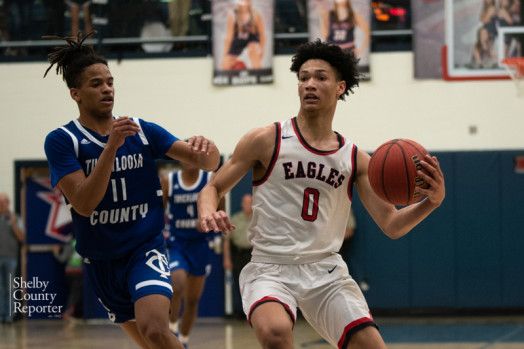 Nelson was also named the Shelby County Player of the Year and to the All-County First Team earlier in the day.

Crawford joined him on the All-State 7A team, finding a spot on the third team after a strong season.

He not only averaged 11.3 points, 5.3 rebounds and 2.5 assists per game with 65 steals, but took a team that had won just 12 combined games the previous two years to 20 wins and a spot in the Elite Eight this year.

While the Jags had several players step up this season, which was key, a big reason for that was Crawford buying into the team this year. Without that, Spain Park would have struggled, but instead, the Jags now have several returnees from an Elite-Eight team that spread the ball.

Keith was one of several returners for the Vincent Yellow Jackets this season, who returned four of their starting five from an Elite-Eight run a year ago. 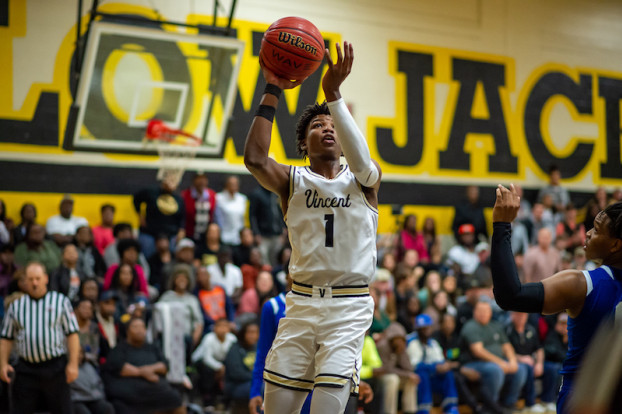 But this year, Keith improved in several facets of the game and could take over on the offensive end most nights.

He went on to average 17 points, 6.7 rebounds and 4.4 assists per game with 58 steals this season, which earned him a spot on the Class 2A All-State second team.

While the Yellow Jackets fell in the Elite Eight for the second year in a row, Keith, along with the rest of the senior class, set a new standard for the program, while also improving the culture for future classes.

The entire All-State team is below:

By ALEC ETHEREDGE | Managing Editor  The 2019-20 boys basketball season is one that won’t soon be forgotten. Featuring Oak... read more