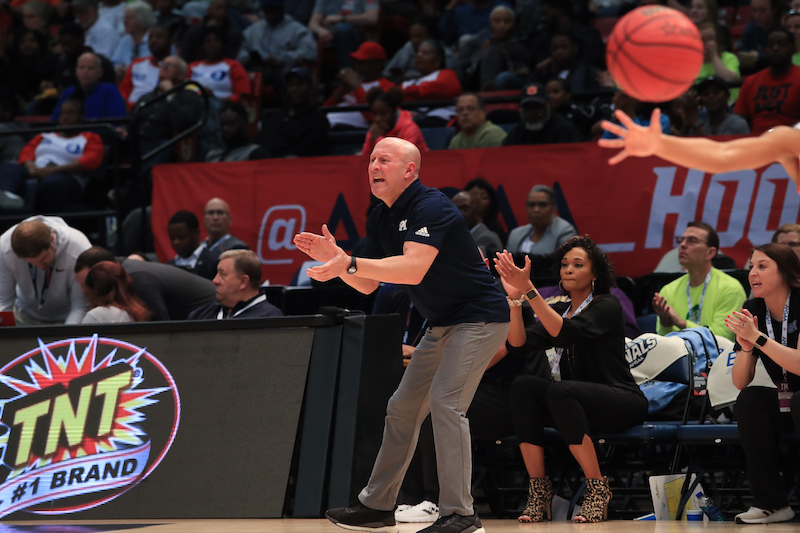 Spain Park girls basketball coach Mike Chase was named the 2019-20 Coach of the Year in Shelby County after winning his second title in three years. (For the Reporter/Dawn Harrison)

While he had led the Jags to two straight state championship games, including a win two years ago, Chase came up short of leading his team to the Final Four a year ago after losing to Hewitt-Trussville in the Elite Eight.

That was a team the Jaguars had beaten four times in the regular season, but lost to the Huskies when it mattered. That fueled both him and his team to get back and be better than ever this year.

It also led to Chase possibly making his best coaching decision of the season before it even started when he ordered a replica trophy.

It was a miniature version of the state’s blue map trophy, which is handed out to all champions in each sport. He slapped a 2020 plaque on the trophy before wrapping it in a No. 24 jersey, marking his 24th year as a head coach, and then tossing it into a Stanley tool box and naming the replica trophy Stanley.

Throughout workouts before the season and during practices throughout the season, if his team wasn’t performing up to expectations, Stanley would make an appearance for motivation.

He would get pulled out of the tool box unwrapped and showed to the players to help fuel them.

Fighting for a real 2020 championship trophy after the heartbreak the year before, that’s all the team needed to see and was an ingenious move by the head coach.

“Stanley is what pushed us,” Chase said before holding the trophy up and saying “this was our vision to get back to this championship. Every time we started to slack and slip, I’d pull Stanley out and they’d look at him, and I’d say ‘This is what we are working for.’ We set the vision and these guys followed through all the way through.” 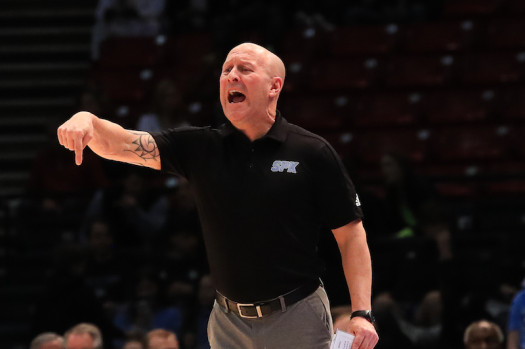 That was a sign of what made Chase one of the best in the state before the season even started.

Then, we saw what he was able to do with a team of extremely young players and only two seniors. While one of those seniors was All-State player Sarah Ashlee Barker, there were also seven underclassmen, four of which were forced to play a key role in the final minutes of the state championship game.

With Barker out of the game and Camille Chase injured, the Jags relied heavily on young talent, and while they struggled at times, they not only closed that game out, but grew throughout the year into a team of players that was wise beyond their years thanks to hard work and great coaching.