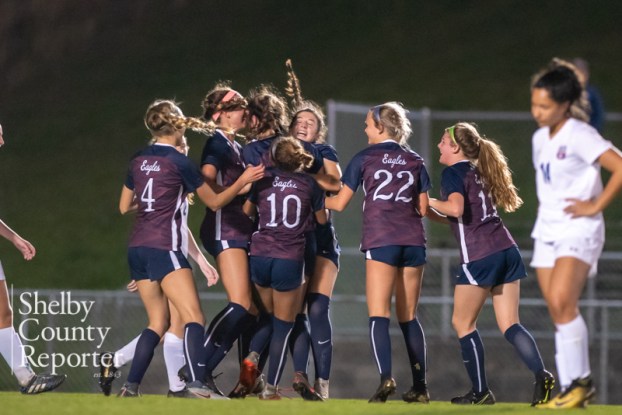 The Oak Mountain Eagles were off to a 13-0-1 start to the season and ranked No. 1 when COVID-19 struck and caused the season to be suspended. (Reporter photo/Keith McCoy)

Oak Mountain’s season halted as No. 1 team in country

NORTH SHELBY – Fresh off a win against rival and state No. 1 Vestavia Hills, the Oak Mountain Eagles were feeling as confident as ever. The Eagles were 13-0-1 on the season, had moved to No. 1 in the state, No. 1 in the MaxPreps national poll and cemented themselves as a state championship contender.

But less than 24 hours later, it may have ended.

A day later on Friday, March 13, the first confirmed case of COVID-19 hit the state of Alabama, as the worldwide pandemic started and the spring sports season came to a screeching halt until April 6 at the earliest.

“That was a huge win for us over our biggest rival Vestavia,” head coach Chris Blight said. “But it quickly turned from us being on top of the world and confident to sadness. All the dreams and aspirations we had, we were achieving, but we may not get to see it through.”

With the win over the Rebels, Oak Mountain had beaten a team that was unbeaten coming into the matchup and had won three of the last four Class 7A state championships.

And they didn’t just win, they dominated in a 4-0 victory. The Eagles, who won three of four titles from 2012-2015, proved they had what it takes to win a championship this season, but now there’re is uncertainty. 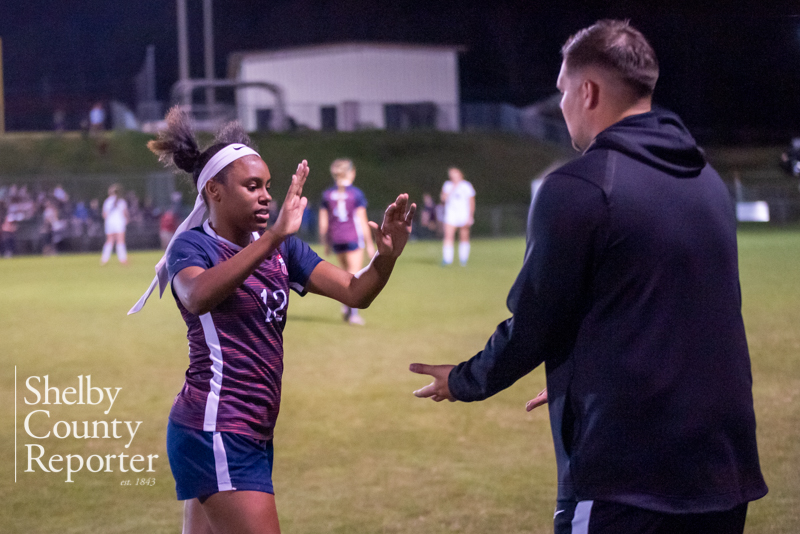 With the season not scheduled to get back underway until April 6 at the earliest and no end to the novel coronavirus in sight, the season’s end may not happen.

“It was pretty devastating,” Blight said. “We’ve tried to remain as positive and hopeful as possible. The state is trying to do their best to allow us to play. Hopefully we can get a postseason in at some point and even extend into the summer if we need to.”

Blight said one of the most disappointing thing about this season is that his team was achieving every goal it had set out to, but now they may not get a chance to finish what they started.

“That’s one of the hardest things to deal with,” he said. “The girls have worked so hard from August until now. We set small goals through the year taking it game by game, and obviously at the start, everyone sets out to be state champs and No. 1 in the nation. We’re kind of there with how we were playing, but we have more to offer and more to show.”

Through their first 14 games of the season, the Eagles were still unbeaten on the year with only one tie (1-1) against Huntsville. Oak Mountain had posted eight shutouts and only gave up more than one goal once (two). In that game, the Eagles picked up a 10-2 victory. They had also scored four or more goals in eight of their 14 matchups.

A big reason for that success was a group of four seniors that set out with one goal in mind—ending their season with a championship.

Right now, they are the only group since the 2011 senior class to not have won a state championship in their four years at the school.

Of Oak Mountain’s 58 goals this season, Retief has scored 29 of them, showing how important she is from an offensive standpoint, but all four add a leadership and talent that has been key to this year’s success. 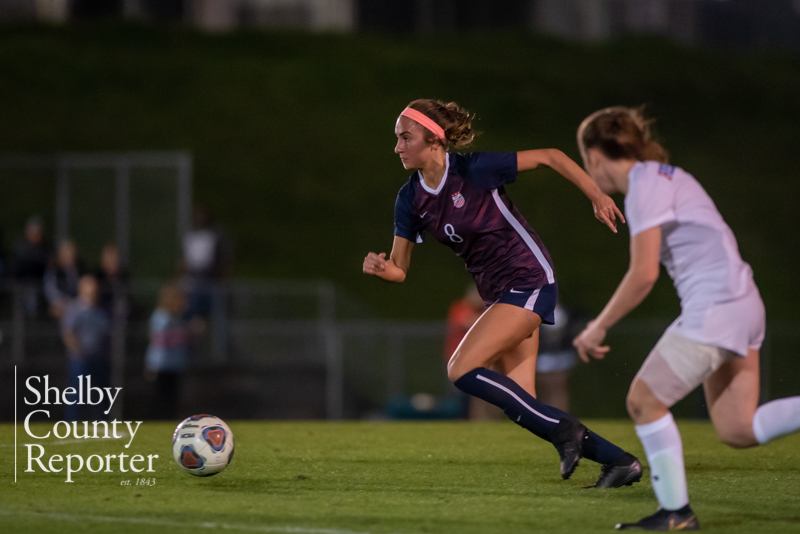 “If this is the end, then it’s devastating for our seniors,” Blight said. “The seniors had great leadership this year. Our team chemistry has been better than it has ever been. It’s probably the best I’ve had as a coach in a team.”

Blight said the reason for that chemistry and trust amongst the team is because of this special senior class, which is the first one he’s coached all the way through from their freshman season.

“They’ve set the bar for many other senior classes,” he said. “As a collective group, we wanted to do it for them, because this is one of the first groups that hasn’t won a state championship.

“If this is the way their era ends, it’s extremely tough. We’re going to have to remember them in some sort of another way. We have a long way to go to be a state champion if we want to be that, but we’ve put ourselves in the best possible position.”

But for the time being, Blight and his team are still holding out hope that they’ll get to take the field together for at least some sort of competition. He also feels as if the team won’t skip a beat should they come back and play.

“They’re all sending me pictures of themselves out running and putting in work,” Blight said of his players. “We’re still hopeful. With the drive that they have and work ethic, we can pick up right where we left off. We’re full of confidence.”

It’s a tough time for Blight as the coach and his players with so much unknown, but he says they’re all getting through it together.

“I can’t imagine being a high school senior right now, losing your spring break, prom and senior season, it’s devastating for them,” he said. “But as coaches, we’re here to help guide them and pick them up.

“We’re not only doing our best to make them better athletes and players, but teach them life lessons as well. We all feel very sad and are struggling, but we’re picking each other up and learning a life lesson.”

Blight said no matter what happens with the team, he’s going to do something special for them if they don’t play again.

“We need to recognize what they have achieved,” he said. “We were one of the biggest contenders in the state this year, which makes this even harder to swallow this year. I will definitely do something special for them and the seniors. When we can, we’ll get back together.”