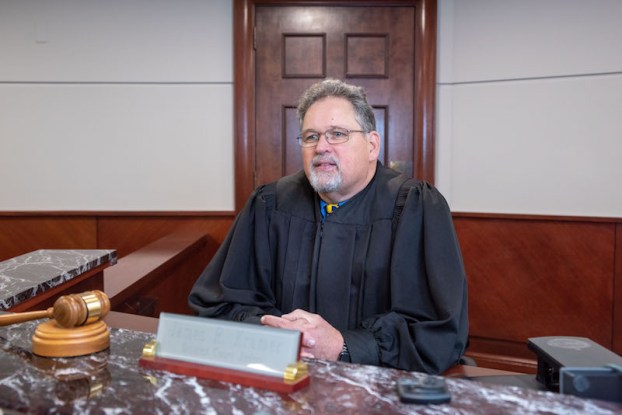 “We shouldn’t wait for any one month to work on preventing child abuse and neglect,” Kramer said. “It is something we have to work on every single day. That is what the Court Appointed Special Advocates do, and I want to help them recruit volunteers to do more of it.”

Kramer depends on the Court Appointed Special Advocates (CASA) to assist him with his court cases. CASA recruits and trains volunteers to go through the court process with abused and neglected children and Kramer says he needs more volunteers.

“CASA Volunteers are the ‘eyes and ears’ of my courtroom,” Kramer said. “They go into homes and on supervised visitations with these children where I cannot go, and they report back to me on their findings.”

Kramer says he finds the information by these trained volunteers invaluable in his decision making.

CASA Volunteers complete a specified training program which qualifies them to assist Kramer. It is a job that he credits with preventing child abuse in many cases, improving the quality of life for children and families and saving the county “hundreds of thousands of dollars a year.”

Once they complete training, CASA volunteers are sworn in by Judge Kramer and become official officers of the court. They advocate for the best interests of the children they serve including monitoring their interaction at school and at home.

They investigate all aspects of the case they are assigned by Judge Kramer. They write court reports and are accountable to him in presenting the facts of the case.

According to CASA’s volunteer director, Michelle Bond, the present pandemic, has also caused a rise in child abuse, neglect and domestic violence overall.

“Children have lost their safe place at school and do not have access to their usual escape during the week,” Bond said.” She added that being quarantined, additional financial strain and unemployment have further caused already stressed out parents more stress and because of this CASA may see an influx of additional cases in the future.

CASA training classes will begin at the end of April. For more information, download a volunteer application at Casaofshelbycounty.org or call Volunteer Director Michelle Bond at 205-451-7753.

CASA is funded in part by the Department of Child Abuse Prevention and Neglect, also known as The Children’s Trust Fund of Alabama and by grants from Shelby County, EBSCO and VOCA.

By NATHAN HOWELL | Special to the Reporter PELHAM – During the COVID-19 outbreak many businesses have no income to... read more