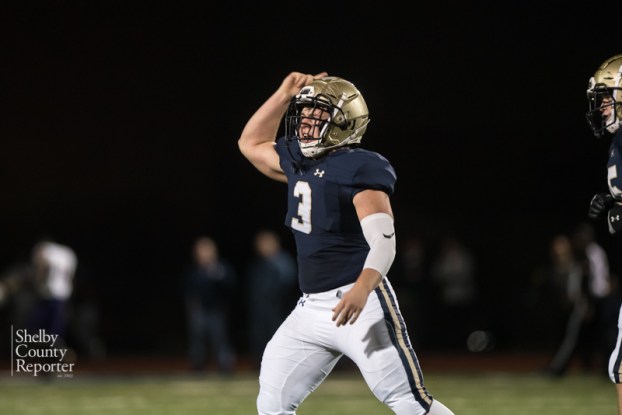 Three local senior athletes have been honored as regional winners of the Bryant-Jordan Scholarship-Athlete program from the North Shelby County area.

In each of the first six classifications, there were eight different regions awarded and a scholarship athlete and achievement athlete were honored in each of the eight regions.

By winning the regional award, all three student-athletes have been awarded $3,500 in scholarship money, while they are also finalists to win the scholar athlete award for their respective classification. Should they win the top scholar athlete in the classification, they would then be entered to win the Larry Striplin Jr. Scholar Athlete of the Year award. Each additional award also comes with additional scholarship money.

Ferguson is a two-sport athlete at Briarwood, who plays baseball and football for the Lions.

In his final season playing football for the Lions, Ferguson posted 118 yards receiving on 15 receptions and another 53 yards rushing on seven carries, while he also added 17 tackles, seven sacks and one tackle for loss defensively. In addition to that, he was a blocking back that paved the way for a strong group of running backs at Briarwood, while giving freshman quarterback Christopher Vizzina time to throw.

This spring, his season on the diamond was shortened, but in 28 at bats, he was able to grab seven hits, while he also drew eight walks.

Headed to the University of Alabama, Ferguson also made a 33 on his ACT and is one of the top senior students at Briarwood Christian School.

Miller has also had a remarkable career at Indian Springs playing the sport of tennis. In 2018, Miller won the AHSAA 1A-3A State Championship defeating Claire Prickett of Bayside Academy 6-0, 6-. Shethen earned a trip back to the state championship match as a junior where she finished runner-up. 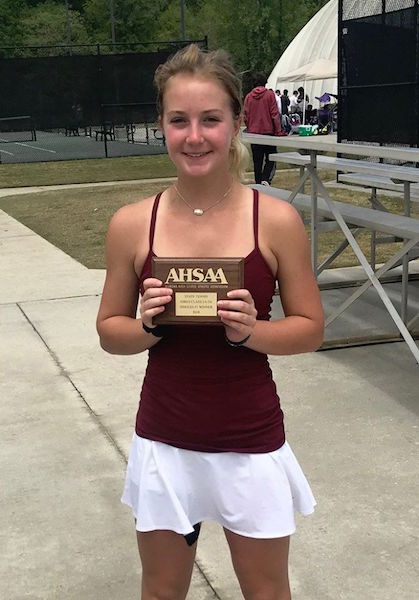 She won’t get to finish out her senior season looking to make it to her third championship in a row, but Miller is considered the top tennis player in the state according to Tennisrecruiting.net.

Metcalf was also a two-sport athlete at Westminster where she competed in both volleyball and track and field, putting together a strong resume.

In her last three years playing varsity volleyball, Metcalf has played a big role in the Knights advancing to the state tournament (Elite Eight). This year, she not only helped Westminster advance to the Final Four for the first time in school history, but helped them punch a ticket to the state championship match as a senior leader. 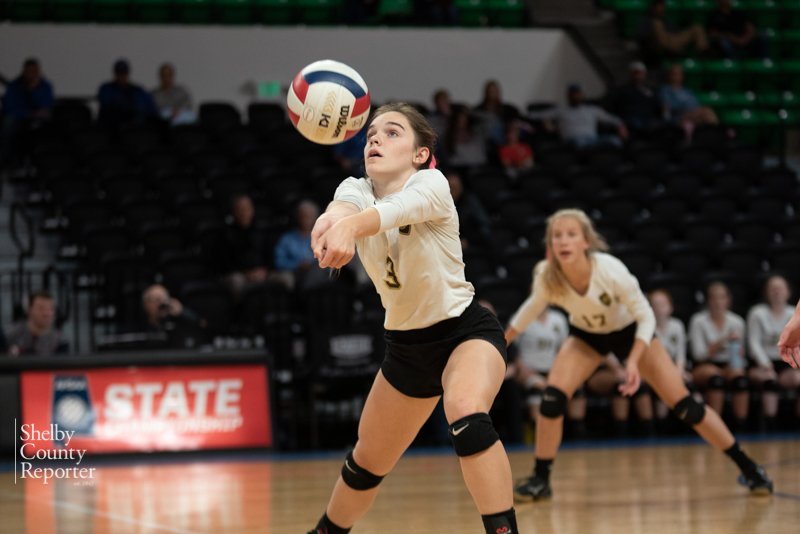 She also had a remarkable track and field career that saw her post a combined 11 top 10 finishes during her senior indoor and outdoor seasons, including five podium finishes.

All three athletes will now await to hear the final winners of the scholar athlete awards for both the classification and state level on Monday, April 13.

‘This won’t define us’: Two sports gone in the blink of an eye

By ALEC ETHEREDGE | Managing Editor NORTH SHELBY – He worked all year for this moment. To have one final chance... read more