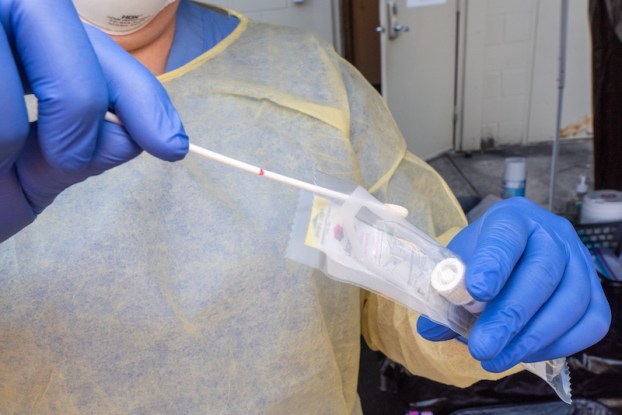 As the state total of confirmed COVID-19 cases nears 3,000, Shelby County is nearing the 200 mark as of Thursday night, April 9.

A day after it was confirmed that at least 15 patients and seven employees at the Columbiana Health and Rehabilitation facility had tested positive for the novel coronavirus, the county’s confirmed number of cases jumped to 183, while the number of confirmed deaths remained at five with 1,095 tests administered according to the latest numbers from the Alabama Department of Public Health.

Percentage wise, that’s 16.7 percent of tests coming back positive and it marks less than 1 percent of Shelby County’s population testing positive for the virus.

Statewide, the numbers are nearing 3,000, as the total of confirmed cases reached 2,838 with 20,605 tests administered. So far, the ADPH has confirmed 48 deaths, while another 30 have been reported. There have also now been 333 hospitalizations since the first case reported on March 13.

Shelby County now has the fourth highest total and is one of six counties that now have more than 100 confirmed cases with Jefferson still leading the way at 523. Mobile County has the second most after a drastic increase with 329 cases, while Lee County has the third most at 206. In addition to that Madison County has 179, while Chambers has 161.

There are currently 156 COVID-19 patients in the intensive care unit, while 104 are on ventilators.

The number of healthcare workers with confirmed cases has also risen to 406, while 90 long-term care employees have it and 66 long-term care residents. 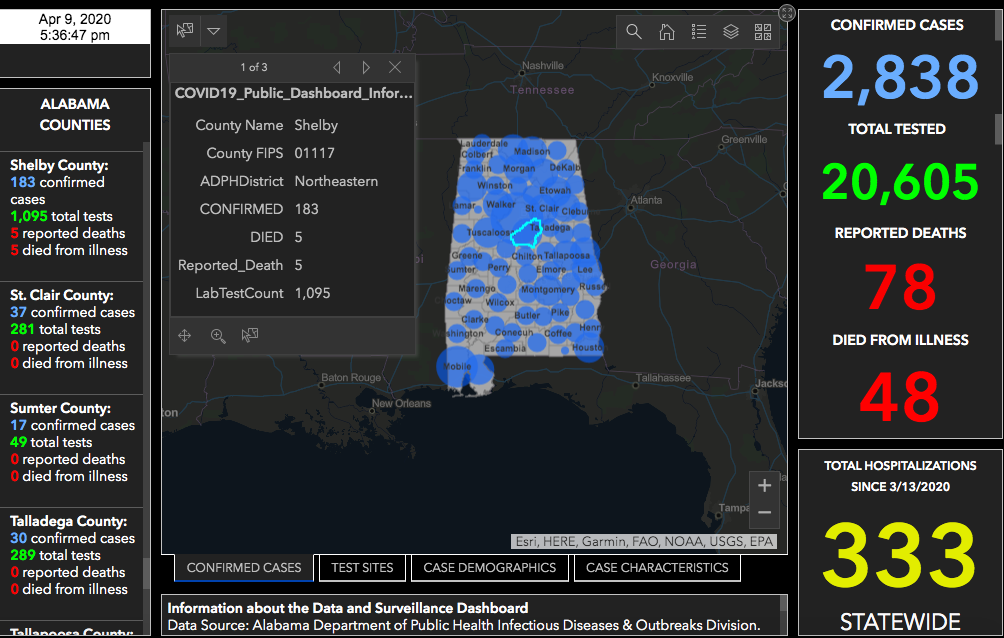