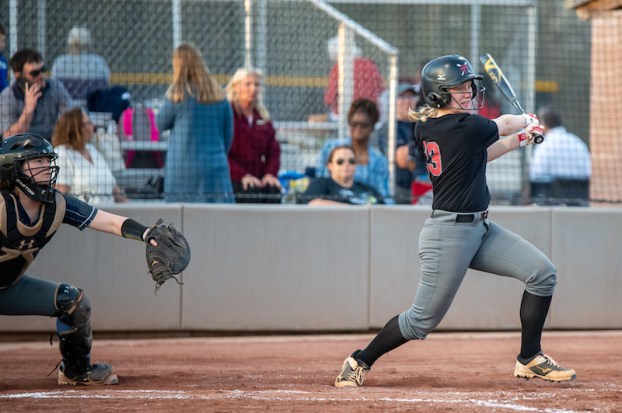 Coming off a state-tournament berth and with what head coach Ashley Phillips described as his best softball team, the Shelby County Wildcats only got to play one game this season. (Reporter photo/Keith McCoy)

COLUMBIANA – Following the girls basketball team’s historic run to the Final Four this year with a tight-knit group of seniors, Shelby County High School head coach Ashley Phillips was excited to see what many of those same athletes were capable of during the spring as softball season started.

But one game in, the remainder of the Wildcats’ season was canceled.

“I really thought we were a top four team this year,” Phillips said. “I was just disappointed about it to be honest. You feel like you’ve been cheated, but public safety is more important than a ball game.”

Coming off a 2019 season in which the Wildcats not only advanced to the state tournament, but finished in a tie for the fifth at the conclusion of the tournament, they returned six seniors, including the top four batters in the order and a pitcher primed for a big season.

But due to COVID-19, the season was short lived.

After the basketball team made its magical run, Shelby County was already forced to start the softball team later than others. Then, when they were finally able to take the field, their first two games were postponed or canceled.

Finally, on Thursday, April 12, the Wildcats took the field and picked up a dominant 10-0 win over Calera.

In her first game starting in the circle, Jenna Castleberry picked up a complete-game win allowing three hits and no runs while striking out nine. In addition to that, the first four batters in the order combined for nine of the Wildcats’ 13 hits in the game.

It was a solid start to the season for Shelby County, who showed it was going to put forth another strong run to the state tournament.

But just one day later, sports were postponed due to the spread of the novel coronavirus and the first confirmed case in the state. Then, two weeks later, the remainder of the season was canceled.

“I hate that it ended this way,” Phillips said. “We didn’t want to be satisfied by where we got last year. We felt like we could have improved this year, and I think we would have. This year’s team was legitimate. A lot of times, you get to the bottom of the order and cross your fingers that they’ll be able to get a hit, but that wasn’t a concern. We had people on bench that could pick up hits this year. We were close to two deep across the board.”

Three of the six seniors were also on the basketball team, and after coming up one game short of the state championship in basketball, they couldn’t wait to get back to playing softball to use that as fuel to drive their spring season.

During the postgame press conference following the Wildcats’ Final Four loss, Phillips was able to beam with excitement thinking about getting on the softball field with a lot of the same players.

“All five of these seniors are going to play college in either basketball or softball, and I think that’s unbelievable,” Phillips said at the time. “They’re all special.”

One of those seniors was Peri Clark.

After breaking her foot during the basketball season, she had to miss out on the majority of her senior season. She was cleared to resume physical activity on that last game of the season, which set her up to return for the softball season.

But a year after earning a spot on the All-County First Team thanks to a batting average of .555 and posting 18 home runs and 76 hits, she got just one game.

“She was ready for softball,” Philips said. “She’s probably one of the top two players in the county. I know there are some good ones, but I’d put her hitting up against anyone.”

In addition to that, Maggie West and Nataley Whitner, also basketball stars, were returning All-County First Team players this year.

West finished last year third in the county in hits and held a bating average of .468 with 31 RBIs, while Whitner batted .453 last year with 51 RBIs.

In basketball, those three were part of a group Phillips referred to as the “Fab Five,” which also included Skye Knighten-Lilly and Aaliyah Cotton.

In softball, much like basketball, those same three athletes were part of possibly the best team in school history, or at least in Phillips’ tenure.

“This was my best softball team,” Phillips said. “This group won’t be replicated in school history. They meant a lot to me and our program.

“The pushed each other, loved to compete, wanted to get better every day and were all talented athletes. I hate that it ended this way, but I appreciate all of their hard work and dedication.”

By ALEC ETHEREDGE | Managing Editor  CALERA – Two months ago, seniors stepped onto the field for the first time... read more