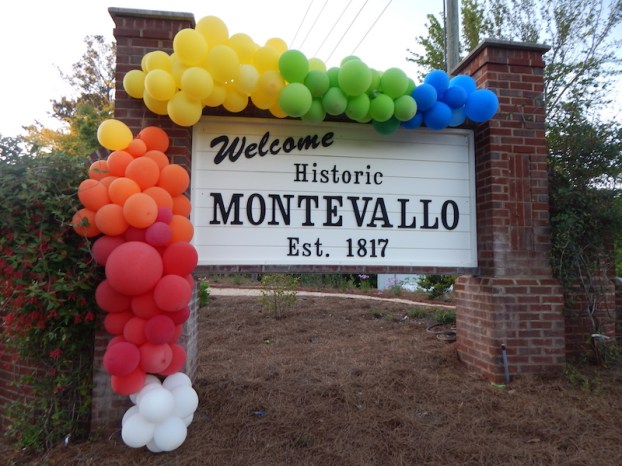 Creaciones Chikillas owner Cynthia Sandoval participated in the One Million Bubbles of Hope global campaign by decorating the Montevallo welcome sign and Main Street with balloons and encouraging signs on April 11. (Contributed)

Creaciones Chikillas owner Cynthia Sandoval spearheaded efforts to decorate prominent spots throughout the city with balloons and handwritten signs for the One Million Bubbles of Hope campaign.

“With all the fear and uncertainty going on in the world right now, I felt like we had to do something,” said Steven Jones, project leader of Balloon Designers in Seattle, Washington. “Balloons make people happy in ways nothing else does, so if working balloon professionals cannot make people smile right now, who really can?”

As of April 13, the campaign had more than 1,800 designers registered to participate and 81 countries represented.

April marked the second time One Million Bubbles was held. More than 350 designers from 15 countries participated in the first round in March, according to a press release.