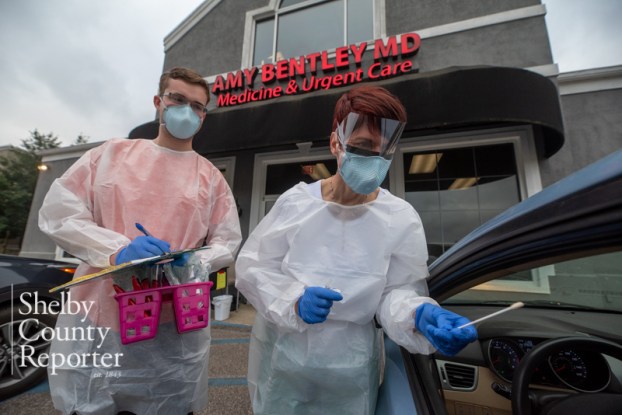 In the last 24 hours, there has been one new confirmed case of COVID-19 according to the ADPH with 147 new tests administered. (Reporter photo/Keith McCoy)

With 147 new tests in Shelby County looked at by Alabama Department of Public Health in the last 24 hours, there was only one more confirmed positive cases of COVID-19 as of Tuesday night, April 21, as the number reached 2

It marks the second time since last Thursday that there has been just a one-case jump for the county in a 24-hour timespan, while there has only been 40 total cases in the county since last Monday for an average of five per day with 910 tests looked at by the ADPH.

There are currently 274 cases and six confirmed deaths in the county due to the novel coronavirus.

So far, 144 people have died from the virus statewide, while another 40 have been reported.

For the first time since the virus started, Jefferson County no longer has the most cases in the state, as Mobile County now has 721 confirmed cases compared to 700 in Jefferson. In the last two weeks, Mobile’s number of cases has climbed by close to 600. Lee County has the third highest total with 319.

So far, 797 health care workers have had confirmed cases since the onset, while 260 patients have been in the intensive care unit and 157 on ventilators.