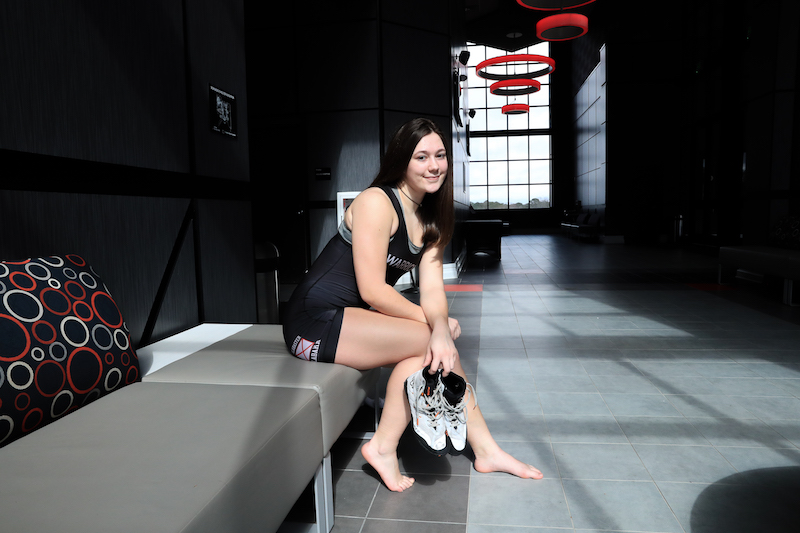 The Alabama High School Athletic Association recently made adjustments to the sport of wrestling, including three girls events for the upcoming year and less state qualifiers for one classification. (For the Reporter/Dawn Harrison)

After the AHSAA met last Thursday the verdict wasn’t quite what the advocates for girls’ wrestling in Alabama were hoping for, but it’s a promising start, as three events for girls have been added to the 2020-21 calendar.

“The Alabama High School Girls Wrestling Task Force is very pleased that the AHSAA has added three tournaments for girl wrestlers to the 2020-2021 AHSAA wrestling schedule,” said Julie Lassere of the Task Force. “We encourage schools to add girls divisions to their existing tournament schedule to further increase competition opportunities for girls teams.”

“The tournament participation would not affect girl wrestlers from qualifying for the current AHSAA section or state meets” read the AHSAA press release.

“Girls can still have the option to wrestle boys as well as qualify for the AHSAA State Wrestling Tournament.,” Lassere said. “As the numbers of girl wrestlers continue to grow in Alabama, we will soon be able to sanction girls wrestling in Alabama.”

The opportunities have some Shelby County wrestlers like Thompson High School’s Brynleigh Glover eagerly anticipating the next year.

“I’m beyond excited,” she said. “I think girls will feel more comfortable knowing they won’t have to wrestle the boys. It’s cool being the only girl on the team, but I’m ready for a girls team to start at Thompson and for the sport to grow in general.”

Teams all over the state are looking for girl wrestlers to be on the rise as more opportunities present themselves.

“I think it’s a good starting point,” said Thompson head coach Shawn Weltzin. “Our hope is to see more girls come out for wrestling after this year. We are going to see three tournaments this year with ‘girl only divisions’.

What’s the difference between a division and being sanctioned?

A girls division would allow the girls to have their own mat to compete against each other at state tournaments but would not exclude them from wrestling boys in the regular season. If the sport is sanctioned, girls wrestling would be exclusive, eliminating the possibility for the girls to compete with boys.

Sanctioning is the ultimate goal for groups like the Alabama High School Girls Task Force.

They would like for Alabama to join the 21 states that have sanctioned one of the fastest growing sports in America.

Coaches throughout Shelby County are joining the hype like Spain Park’s coach Ryan Thompson, who is hoping to add an all girls tournament to their schedule in the upcoming year.

Along with this announcement was another announcement concerning the 1A-4A schools. In previous years the top eight wrestlers in 1A-5A and 6A in the 14 weight classes in each section earned a trip to state giving them a 16-man bracket for the state tournament.

With the restructuring of the schools to be 1A-4A, 5A-6A and 7A, they dropped the 16-man bracket from 1A-4A and will now have an eight-man bracket.

This means that now 112 student athletes will no longer be able to compete in Hunstville at the State Championship Tournament.