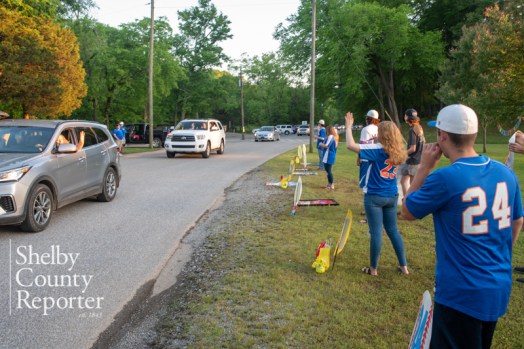 The city of Montevallo showed up to support all seven seniors from the baseball and softball teams during a drive-by ceremony on Friday, April 24. (Reporter photos/Keith McCoy) 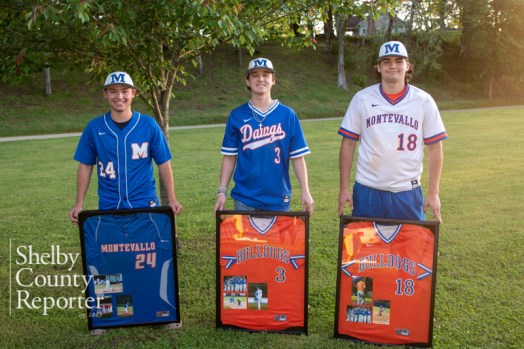 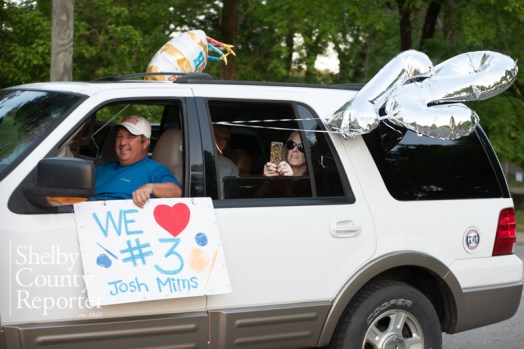 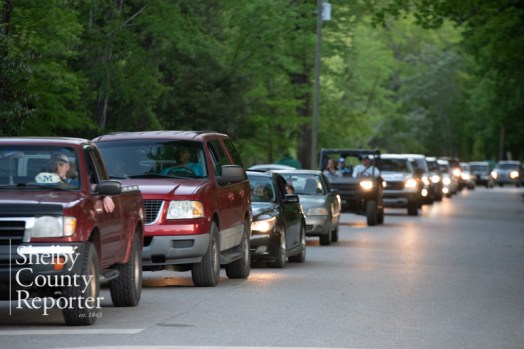 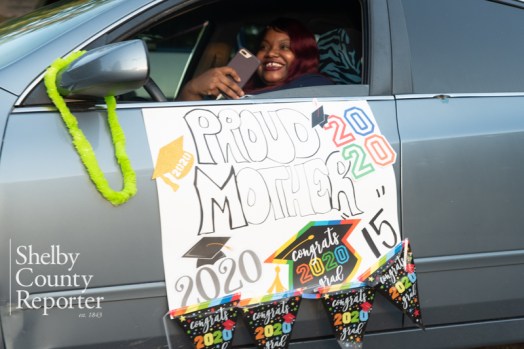 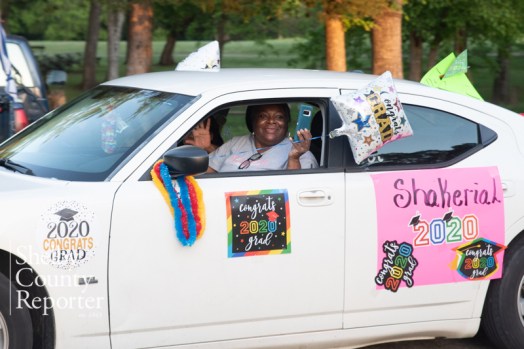 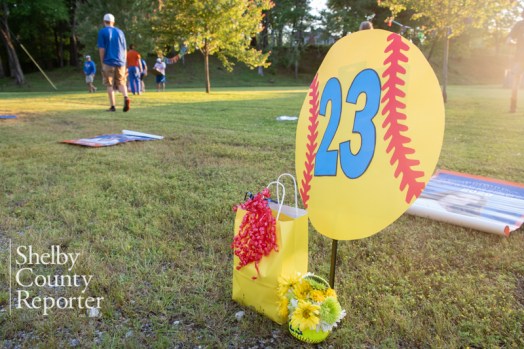 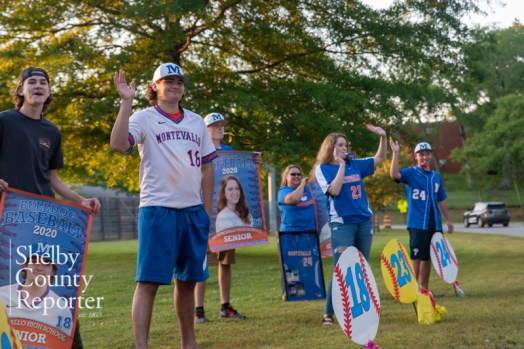 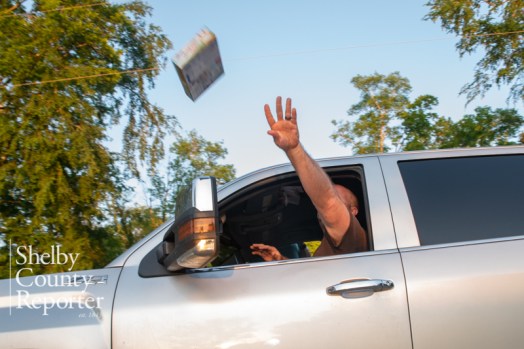 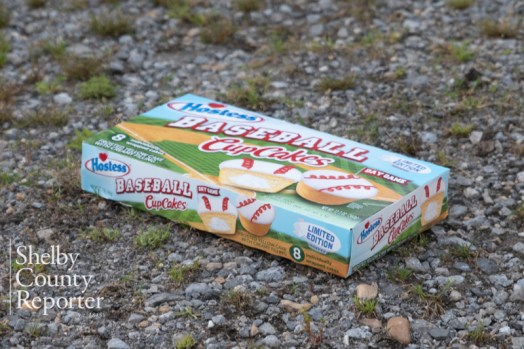 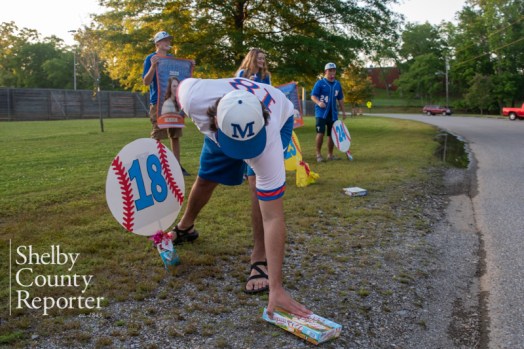 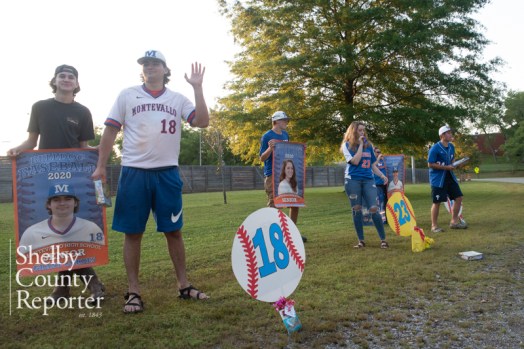 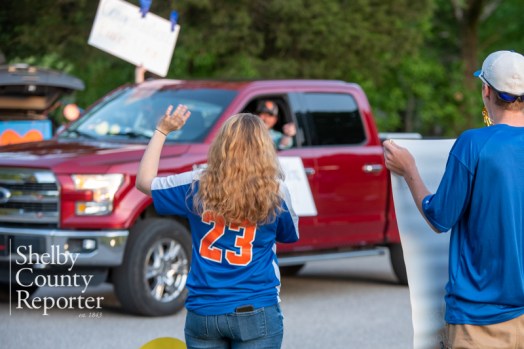 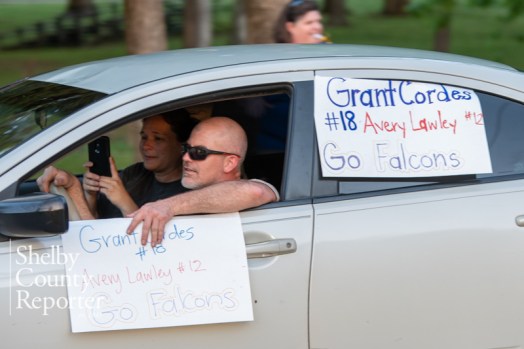 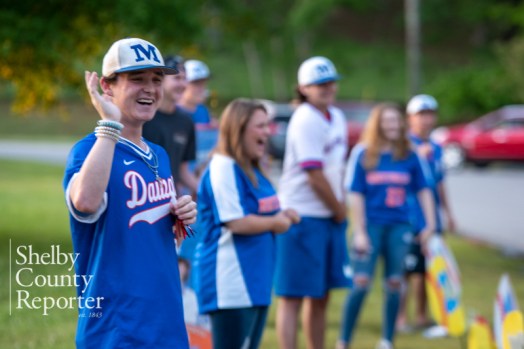 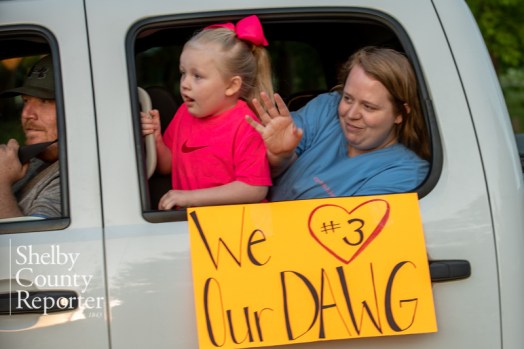 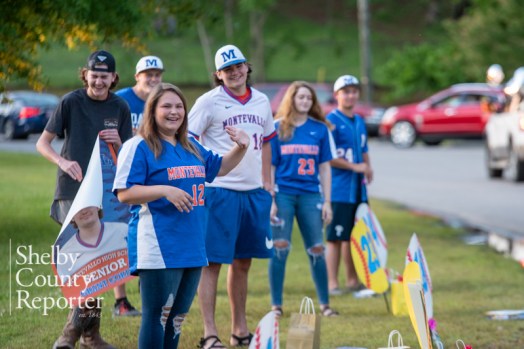 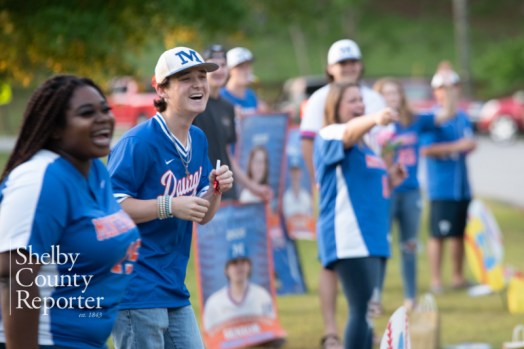 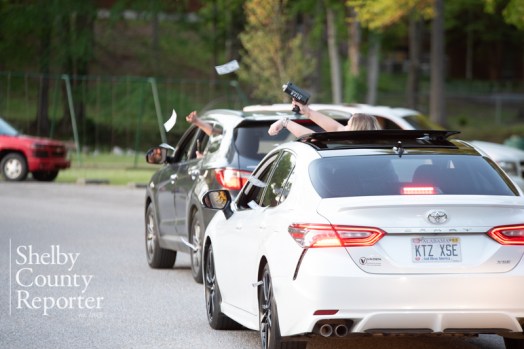 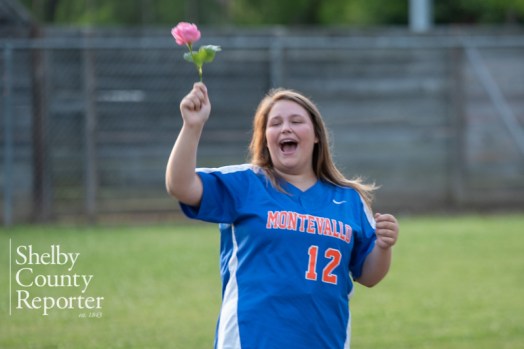 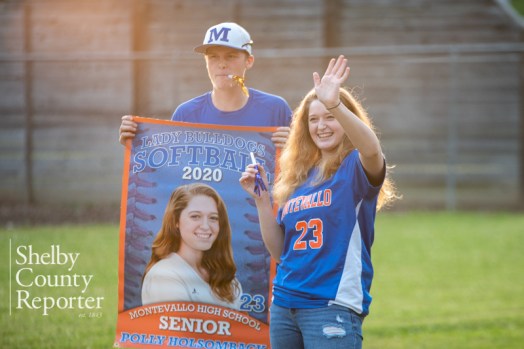 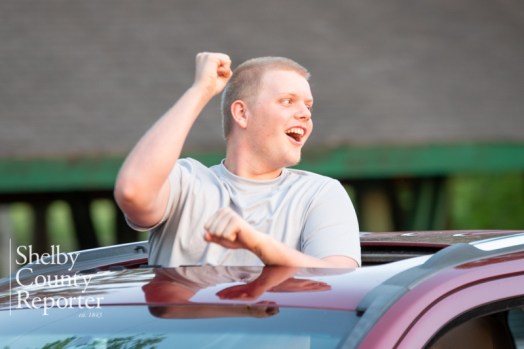 MONTEVALLO – Less than 24 hours after beating rival Calera 8-4 to improve to 10-1 on the season, the Montevallo Bulldogs had their 2020 baseball season come to an end.

Coming off the win, the Bulldogs weren’t only ranked in the 4A classification, but had won five games in a row under second-year head coach Chris Shelton.

But like everyone else in the state, Montevallo had to close up shop for the season the next day on Friday, March 13, due to the spread of COVID-19.

That caused four seniors on the baseball team and three on the softball team to have their final high school season end almost two months early.

But six weeks later on Friday, April 24, the two teams at Montevallo joined together as fans, teammates, teachers, coaches, family, friends and others from the community came out in droves to support the seven seniors combined between the two teams during a drive-by ceremony.

“It was just nice to honor them,” Shelton said. “I couldn’t imagine facing what they have. They’ve handled it really well. We talk about facing adversity every day and they’ve done that tremendously with something we couldn’t prepare for. It was a really special night getting to honor them.”

For the baseball team, Josh Mims, Grant Cordes, Malik Inabinette and Baxley Shores were all honored after spectacular starts to the 2020 season, while the softball team got to pay tribute to Avery Lawley, Polly Holsomback and Shakerial Goins.

“All of them had moments of greatness despite the shortened season,” Niven said of her three seniors. “Avery moved all over the place and was great in outfield, then played at second base, which she had never done before and was great. Holsomback had never hit a home run before and hit a walk-off homer for us to win. Goins was our DP. She had a crucial hit so we could score a run that led to a win up in the Hale County tournament.”

With those softball players each having memorable moments as leaders during their senior year and the baseball players off to a remarkable start, they still got to create memories and set the stage for the future of the program in a short period of time.

And on April 24, the community came out to say thanks.

While both head coaches were expecting people to show up, after it was moved from Thursday night due to rain and already on short notice of hosting the event, they weren’t sure just how big the turnout would actually be.

“Being from Montevallo, I couldn’t have been more proud of the community for showing up,” Niven said. “There wasn’t just teammates, momma’s and daddy’s, there were also so many not kin to the family. We couldn’t believe how many showed up.”

Cars drove by decorated with signs made and fans hanging their signs out the window cheering energetically for the players for about 15 minutes in bumper to bumper traffic.

“I asked the seniors ‘Do y’all feel loved?’ They said yes in a hurry,” Niven said. I was so proud of them and so happy to see that. I’m not sure who was more excited, me or them. I felt the same way to see the community show up. I was originally surprised to see that many people with just seven seniors, but that’s this community. The kids definitely felt the love.”

And despite it only being Shelton’s second year, that’s exactly what he has come to expect from the city of Montevallo.

“Just in my two years, it’s not a surprise,” he said. “Our community is ready to support our student athletes. Being thrown together in a week or so and coaches not having the opportunity to plan things out with these rules in place, our parents did a good job of getting this out. I was kind of shocked at first, but thinking about this community, it wasn’t really a surprise.”

Just before the season was canceled, the baseball team did pick up a win over Calera, which also gave the Bulldogs a chance to end the season on a high note.

Before that game, Shelton said he had a feeling it could be the last one for his team together and he used that as fuel.

“I told them before the game, ‘Just think about it guys, we may not get to play with this group again,” he said. “For our four seniors, what kind of legacy do you want to leave?’ We didn’t start well, but ended up playing one of our best games and pulled out a gutsy win.”

That win went on to be the last of the season.

One day later, Shelton had just got out of a meeting with the principals at Montevallo when he received the notification that Shelby County Schools made the decision to suspend the school year and all extracurricular activities, before eventually canceling it for the year less than two weeks later.

“I was driving down to the field to meet with them for practice when I got the notification,” Shelton said. “I pulled up and saw them all throwing and getting ready for practice because they knew rain was coming in and they were ready to get to work.

“That was a proud moment for me. Not knowing we just got shut down, it was nice to see them still having fun and working. Then, I had to get out and tell them.”

Shelton said he was shocked and upset for them, but he was mostly disappointed that he wouldn’t get to see them every day and the players wouldn’t get to battle next to their brothers again this season.

He and Niven, however, both reiterated the same point, which revolved around how this year’s seven seniors between the baseball and softball team have handled this adversity.

Both said they will leave a lasting impact for the younger players.

“We’re going to miss all of them because of their leadership,” Shelton said. “They’re a tight-knit group that I’m proud of and they should be proud of themselves.”