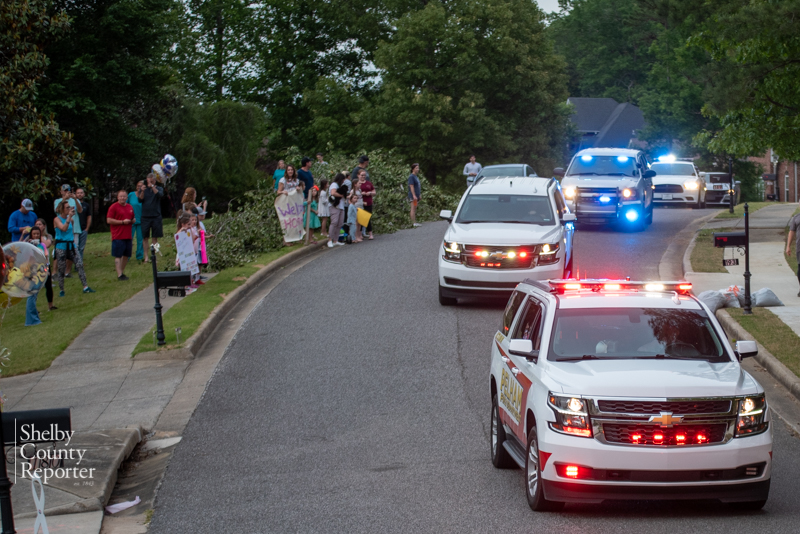 If you are like many people, you are still quarantined in your home except for the necessary trips to get food, fuel and household necessities.

We all want change—if I speak for most people, I believe we are past the point where we are looking for things to get back to “normal”—whatever normal is.

For one Pelham family, their entire concept of normal was shattered long before the COVID-19 pandemic became a household name. Not long after Christmas break 2019, Dustin and Lacretia Riekeberg found out their daughter, Destiny, had a rare form of liver cancer. Due to further complications, Destiny has had to stay in Children’s of Alabama hospital for virtually all of 2020.

This changed on Monday, April 27, as Destiny’s baselines had improved to the point that she could return home with her family, and the next day they were finally headed there.

I could only imagine how her father felt as he described the feeling of looking in the rearview mirror and seeing his little girl in the backseat on the way home from the hospital. He described it as the most normal thing he had felt in a long time.

While most of us complain about not being able to eat at our favorite restaurant, for families of childhood cancer patients, the script of life is flipped upside down. There is a fear that never goes away. They just want to know that their child is going to be OK. This is a feeble attempt on my part to describe what they go through.

Scrolling through Lacretia’s Facebook timeline, I read the posts about Destiny and those from other parents of children with cancer. Their courage and faith inspire me. I noticed she referred to her online support system as “faithbook.”

Photos of Destiny show a vibrant, confident child who’s full of spirit. She loves taking “duck lip” selfies and dancing to songs on Tik-Tok, and she competed in many sports including cheerleading and competitive dancing at her school.

Talking to her dad, it does not take long to see where Destiny gets her competitive spirit from. In the hospital, Dustin set goals for her every day. They celebrated the victories. They made sure she knew where she was every morning. You can tell these parents are putting every bit of their energy into helping their daughter beat cancer.

During the interview I told Dustin that it must be taxing, going through it all. But he said something that stands out to me: “The tank’s got to be full every day. It isn’t taxing.” Then he thanked me for taking the time to do the interview.

These are parents who know exactly what it takes to be fully there for their daughter. Their faith and love show it. I would encourage you to do whatever you can to support the families of children battling cancer.

Why Congress needs to support local news sources amid…