Briarwood has 2 named to North-South team 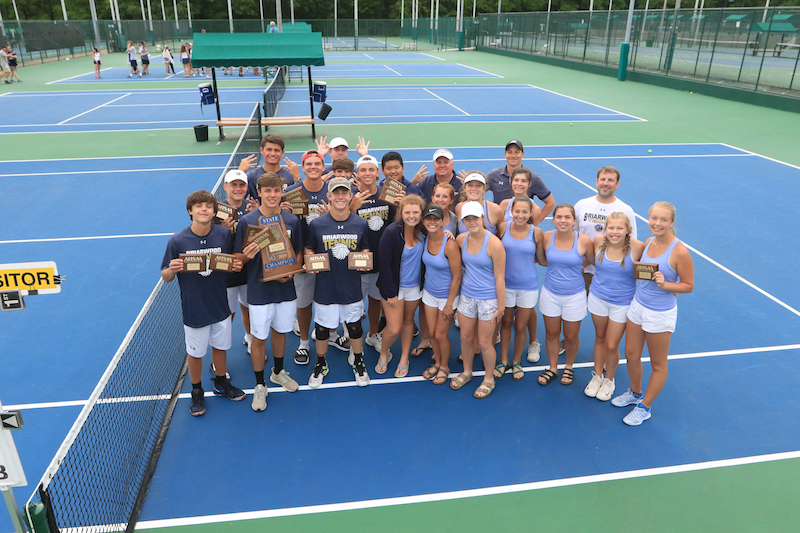 After leading Briarwood to three consecutive state championships, Luke Wolf and Alex Felts have been named North All-Stars for the 2020 season. (File)

While the 2020 edition of All-Star sports week won’t take place in Montgomery this year due to the outbreak of COVID-19, the AHSAA and the Alabama High School Athletic Directors and Coaches Association is still releasing the North-South All-Star teams for each of the spring sports.

In tennis, Briarwood had two representatives set to compete in this year’s event after a dominating stretch with the Lions over the last few years.

Alex Felts and Luke Wolf were both set to compete in this year’s event and represent the Lions after being named to the North Boys’ All-Star team.

“We are proud to announce these teams even though we are disappointed the All-Star competition set for the All-Star Sports Week this summer has been canceled,” AHSADCA Director Jamie Lee said. “However, these players have earned this recognition and will be receiving certificates from the AHSADCA for their selection to these prestigious squads.”

The two tennis players for Briarwood have had storied careers and were part of a team that last year not only won its third title in a row, but became the first to team to sweep every event at the tournament.

That means that Wolf and Felts didn’t just win their singles matches last year, but were also part of doubles teams that won to help Briarwood claim the title.

While the contests have been canceled, the AHSAA Summer Conference, annually attended by more than 4,000 coaches and administrators, will still be July 13-18 but is being converted to a virtual conference.