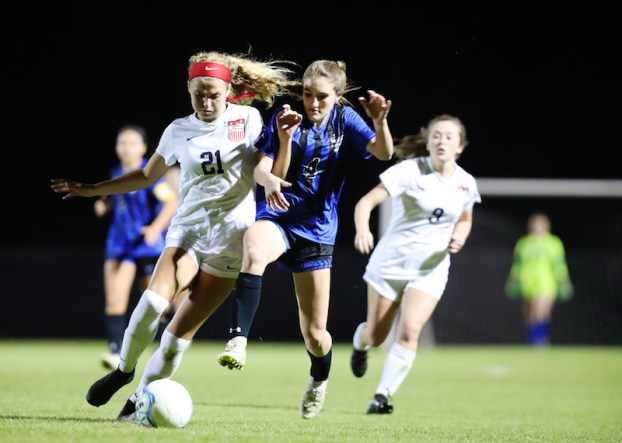 With three No. 1 teams this season, the 2020 soccer season was set to be an impressive one for local girls’ soccer teams until the season was cut short on March 13 due to the outbreak of COVID-19.

That, however, didn’t stop players from posting some incredible numbers during the first month of the 2020 season.

After several players earned spots on the All-County, All-Metro and All-State teams, the honors continued to role in when the Alabama High School Athletic Directors and Coaches Association named the North-South All-Star teams.

“We think this is a tremendous group representing many of the best girls soccer players in the AHSAA,” AHSADCA Director Jamie Lee said. “We are proud to announce these teams even though we are disappointed the All-Star competition set for the All-Star Sports Week this summer has been canceled. Each player will be receiving certificates from the AHSADCA for their selection to these prestigious squads.”

The teams comprised of 2021 rising seniors were chosen by a special coaches committee from nominations received from AHSAA member school coaches.

Maynard was a captain and defensive star for the Eagles this season. As part of a defense that gave up just seven goals and had eight shutouts in 14 games, she helped Oak Mountain reach the No. 1 ranking in the state after beating previous No. 1 Vestavia Hills just before the season was stopped.

Duca was already a strong contributor for Chelsea in previous seasons, but was set to be one of the best forwards in the state this season. Lined up next to Kailey Littleford, who posted 11 goals this season as a senior, Duca was part of a forward duo set to lead the Hornets to a strong postseason run.

She posted nine goals and matched that with nine assists early in the season for the No. 1 team in the state.

Gray has also been a major contributor for Spain Park the last couple of years as a key goalkeeper for the Jags, and continued taking on a bigger role this season as a junior.

Moving into her senior season, Gray will be looked upon as a leader in goal for the Jaguars.

Ingram, who has been a staple on All-County teams the last couple of years, also put together a strong junior season, and will be one of the state’s best players going into the 2021 season for the Pelham Panthers.

During her junior season, Ingram totaled 10 goals and 11 assists to lead her team in both categories, as the Panthers continued to make major improvements this season.

By ALEC ETHEREDGE | Managing Editor  MONTGOMERY – In her latest amendment to the safer-at-home order on Thursday, May 21,... read more