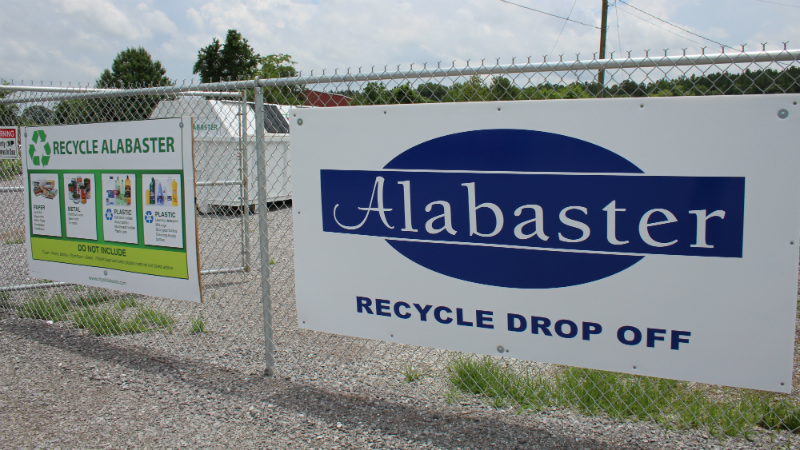 A new bin for recyclable materials has been placed at Limestone Park in Alabaster. (REPORTER PHOTO/STEPHEN DAWKINS)

ALABASTER – Recycling service is available once again in Alabaster—though not curbside.

The city has placed a large recycling bin at Limestone Park that is open for residents to drop off recyclable materials, Mayor Marty Handlon said.

The bin was ordered in November 2019, when the city announced the decision to discontinue curbside service, but the COVID-19 pandemic delayed the acquisition of the bin.

“Whenever we decided to stop doing curbside, we had a lot of people who said we need something,” Handlon said about the decision to make a bin available.

City officials decided to discontinue the curbside service because of increased costs.

Dropping off one bin once a week will be more affordable for the city than collecting recyclables at every residence in the city.

Handlon said officials will monitor how quickly the bin fills up and eventually settle on a schedule for when it will be unloaded at Birmingham Recycling & Recovery.

The same restrictions apply to the bin as when residents were participating in curbside service.

Materials that can be recycled include:

Materials that should not be placed in the bin include trash, phone books, Styrofoam, glass, plastic bags and other plastic material not listed above.