Nix announces plans to run for mayor of Montevallo

MONTEVALLO – Montevallo City Councilman Rusty Nix has shared his intention to run for mayor in this year’s municipal election.

Nix currently serves in the council’s District 1 seat and as mayor pro tem. 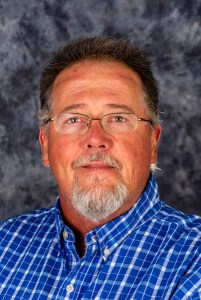 Montevallo City Councilman Rusty Nix will run for mayor of Montevallo in the municipal election in August. (Contributed)

“Providing excellence in public safety is my No. 1 concern and objective for the citizens of Montevallo,” Nix said. “Ensuring proper funding and training for our public servants on the police and fire departments is imperative to the safety and security of our residents. This issue will continue to be one of my main focuses for our community, and I hope to seek more input from our local neighbors as to how our police and fire can be of better service to them.”

During his tenure on the City Council, Nix has served on the Montevallo Water and Sewer Board, Planning and Zoning Board, Parks and Recreation Board, Arbor and Beautification Board, Montevallo Trails Committee, Montevallo Historic Preservation Commission, Golf Board, Streets and Sanitation Committee and Health and Safety Committee.

“While serving as council representative for District 1, I have been involved in the development and welcoming of the Alabama Main Street Program to our city,” Nix said. “Montevallo’s downtown historical district flourishes and has become a model for other cities looking for the opportunity to bring new life to their urban core.”

Nix said he is pleased to have been involved in a new cooperative relationship between the city, the University of Montevallo and Shelby County called the Montevallo Development Cooperative District, or MDCD, adding it “has been instrumental in improvements to our historical downtown, creation and maintenance of city parks and paving projects that have made our city more pleasant to travel.”

Nix said he is looking forward to making sure Elizabeth Mahler’s wish of maintaining and preserving her home, which she gifted to the city with 168 acres of land to be developed into Shoal Creek Park, is fulfilled.

Nix has been employed locally as a supervisor at Stella-Jones Corporation (previously known as Seaman Timber Company and Boatright Railroad Products) for more than 36 years.

Nix and his wife, Melinda, have a daughter, Anna.

“As mayor, I will continue to work with council members to provide residents with safe neighborhoods, new and exciting businesses, a thriving economy and top-notch schools,” Nix said. “I look forward to properly funding the Montevallo Chamber of Commerce and continuing the Main Street Alabama initiative as it grows our downtown area while also continuing to support and promote the expansion of our businesses and supporting current business owners located in the Highway 25 corridor. I also envision commercial development at Moore’s Crossroads while protecting the scenic corridor into our beautiful city.”

Nix described UM, The American Village and the Alabama National Cemetery as unique features in the community that should be supported and promoted.

“I also believe in the ‘Shop Montevallo First’ campaign and would like to see that effort revisited,” Nix said. “I believe that my experienced leadership along with my proven leadership, strong work ethic, honesty and commitment to public service and common sense gives me the qualities needed to help my community move forward while preserving our historic past.”