Isolation, other measures intended to limit spread of virus at jail 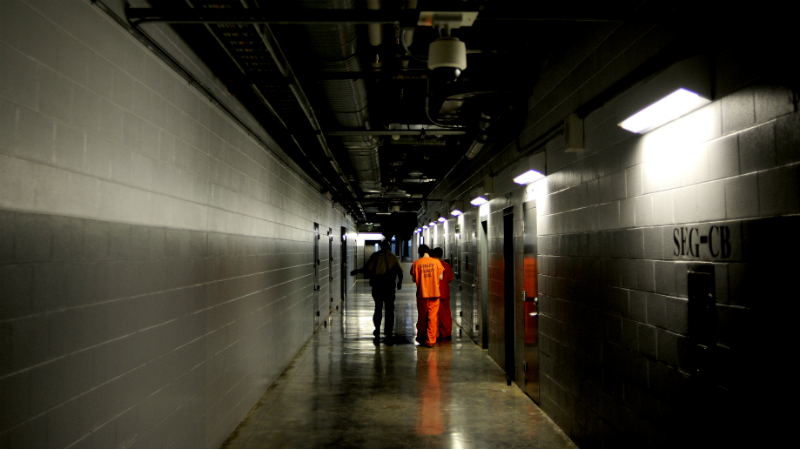 There were six active, confirmed cases of COVID-19 at the Shelby County Jail as of Friday, June 19. (FILE)

COLUMBIANA – Shelby County Jail officials have taken steps to prevent the spread of COVID-19 inside the facility, the likes of which were expected to be particularly hard hit as the pandemic continues its hold on the United States.

There were six active cases of the novel coronavirus as of Friday, June 19, according to Shelby County Sheriff’s Office Corrections Division Capt. Russell Bedsole.

Officials began preparing for the pandemic months ago, Bedsole said, and continue their effort to prevent the spread of the disease inside the jail.

“When COVID started impacting the state and Shelby County, we began preparation for it to enter the jail,” Bedsole said. “Projections were that [jails] would be among the most heavily impacted populations.”

So, a screening process was instituted. Anyone who indicated exposure or possible exposure to the virus was isolated for 14 days.

Inmates exhibiting symptoms are tested. If positive, they are isolated. Mass isolations, where anyone who came into contact with a known or suspected case are kept separate from the rest of the prison populations, can also be conducted.

Isolated individuals are only allowed to return to a normal jail routine once they have tested negative.

“This is a similar strategy we’ve used in the past when we’ve had an outbreak of flu cases in our facility,” Bedsole said.

The jail is comprised of two pods, and each pod has multiple cell blocks. Prisoners are ordinarily classified by sex and other considerations.

The set-up also allows for isolation measures since inmates in blocks and pods can be separated from contact with others.

And ultimately, a sort of “shelter in place” can be put in place where inmates in one block remain in the block and have no contact with other blocks.

The jail did not have its first positive test until about three weeks ago, Bedsole said.

The Shelby County Jail houses about 500 inmates, so the active cases represent about 1 percent of the population—and with no deaths.

The jail had recently housed more than 500 inmates, but Bedsole credited the court system with working with the Sheriff’s Office to identify inmates officials were comfortable with awaiting their court date from their own homes, and also inmates who could be eligible for video hearings, thus freeing up space in the jail that is valuable for isolation measures.

The Sheriff’s Office contracts with a third-party company, Southern Health Partners, for medical care in the jail.

Nursing care is available at all times. A physician visits once a week for calls, with patients previously determined by the nurses’ triage efforts.

“Luckily for us, we have an experienced medical staff that includes a physician that has experience treating COVID at a local hospital,” Bedsole said. “We recognize how dangerous COVID-19 can be. If inmates have any medical needs beyond what we can provide here, we will transfer them to a local hospital.”