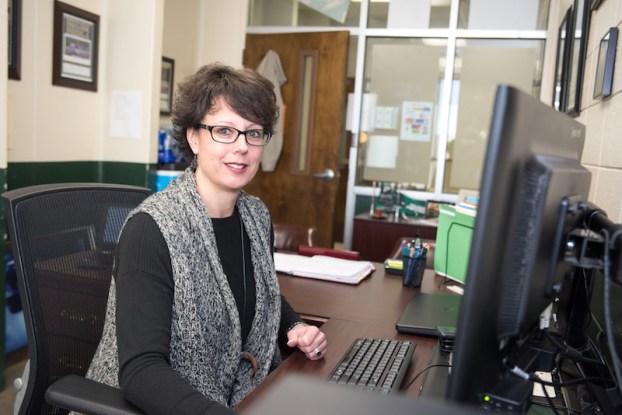 PELHAM – At a board meeting on Monday night, June 29, the Pelham Board of Education announced the newest principal of Pelham High School and it was a familiar face.

In addition to that, she has been working in the halls of Pelham High School since 1999 and played a role in several important aspects of the school’s operations.

“I am honored and eager to take on this new role with Pelham City Schools,” she said. “My career has been dedicated to the Pelham community, and I’m blessed to expand my focus beyond athletics to serve all of the students, staff and parents of Pelham High School.”

The upcoming school year will look different and present new challenges related to COVID 19, but Kiel is determined and optimistic about what lies ahead. She says, “We’ll be intentional and innovative and work as a team to make all aspects of our school the best we can for our students. It’s what we do no matter the circumstances, it’s The Pelham Way.”

“Kim Kiel’s focus on building relationships and connecting with stakeholders is one of her greatest strengths,” PCS Superintendent Dr. Scott Coefield said. “She’s highly respected in our schools, in our community and in our state for her hard work, leadership and involvement in initiatives that encourage the growth and success of people and programs.”

Kiel received her Bachelor of Science degree in Secondary Education and her Master of Arts in Education degree from the University of Alabama at Birmingham.

She received her Educational Administrator certification from the University of Montevallo. Kiel holds several state-level leadership positions and was named the Alabama High School Athletic Association’s (AHSAA) Athletic Director of the Year in 2018. Most recently, she was honored with the AHSAA’s Class 6A Making a Difference Award in 2020.

CHELSEA – The city of Chelsea’s annual festival and fireworks event drew hundreds of people to the large field behind... read more