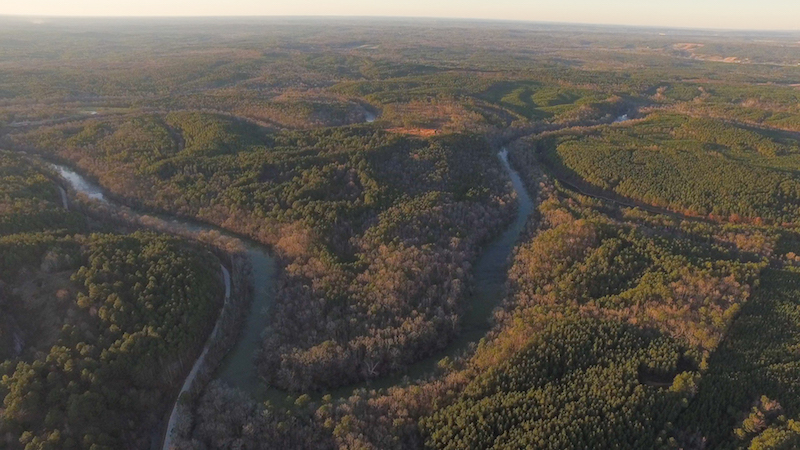 Pollution has been impacting the Cahaba River water quality through parts of Shelby County. (File)

On June 24, Jefferson County Environmental Services issued an advisory to stay out of waters along several points of the Cahaba River due to pollution from a sewage leak, with added sediment pollution coming downstream from Bibb County.

The advisory affected areas of the Cahaba River between Highway 31 in Hoover and Highway 52 in Helena, and asked residents and visitors of these areas to stay out of the water.

According to David Butler, Staff Attorney and Riverkeeper for Cahaba Riverkeeer, a contractor working on a project hit a sewer main that caused the original leakage.

“Jefferson County posted an advisory to stay out of the river,” Butler said. “Our results after testing the river were still high on Thursday, which we attributed to high rain and not the sewer leakage. By Friday, the results showed the leakage was not really an issue anymore.”

Each Thursday Cahaba Riverkeeper publishes its “Swim Guide,” which gives a snapshot of water quality along the river, including factors like E. Coli levels, water temperature, turbidity, dissolved oxygen and pH balance.

At the last testing several affected areas showed E. Coli levels that are considered to be very high, which led to the advisory.

While this was the main source of concern during this period, another factor impacting water quality along the Cahaba River is attributed to sediment runoff from a Mercedes-Benz Complex in Woodstock.

According to Butler, their tests first showed sediment leaving the site into Caffee Creek, which feeds into the Cahaba River, back in 2018. The Alabama Department of Environmental Management sent the plant a warning letter, and did an inspection in 2019. However, according to Butler no meaningful action came out of this.