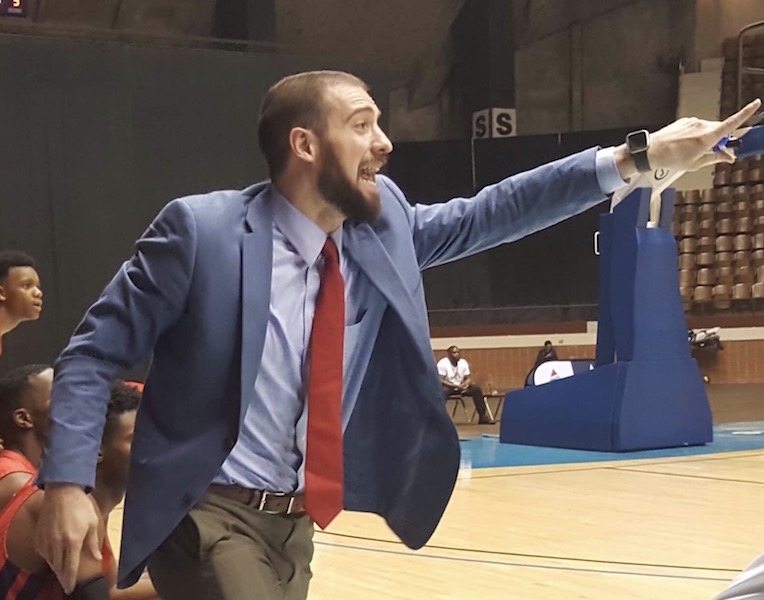 Keegan Bell, a former top basketball recruit in the state at Hazel Green, has been named the new basketball coach at Montevallo High School. (Contributed)

MONTEVALLO – One of the state’s former basketball stars has been named as the next head basketball coach at Montevallo High School following approval by the Shelby County Board of Education on Tuesday, July 7.

Keegan Bell, who was at one point considered the state’s top Class of 2007 players, has been tabbed as the next coach of the Bulldogs’ basketball program and will take over a team returning several starters off an Elite Eight experience.

“We needed a big basketball guy here, and he checks those boxes,” Athletic Director Blake Boren said. “He’s connected in the basketball world and that will help these kids tremendously. This is a basketball community and it’s a great basketball job. We wanted to build off of what coach Dickinson has done, and he can help do that.”

As a high school star at Hazel Green High School, Bell had offers from powerhouse schools like Duke and North Carolina, and ended up attending Vanderbilt University.

After transferring to UT Chattanooga following his freshman season due to a coaching change, Bell went on to start for three years scoring 813 points and posting 319 rebounds.

He also totaled 538 assists, which is the most in the last decade at UT Chattanooga. In his three years, he posted 197, 182 and 159 assists, respectively, which ranked no lower than seventh and as high as third for most assists in a single season.

After graduating, he went on to play professionally for KR Club in Iceland, before eventually turning his focus to coaching.

At the collegiate level, he coached as an assistant at the University of Alabama Huntsville, Lincoln Memorial University and Shorter University. He has been also coached at the high school level at several stops taking on varsity assistant roles at Oneonta, Montgomery Catholic and Pike Road high schools.

“I aim to provide my players and students with encouragement, elevation of their ability and exposure that allows them to continue to learn, grow and add value to their lives,” Bell said. “My coaching style will be devoted to train, program and lead my team to become unbreakable in all aspects of life. The desire to succeed needs to be higher than the fear of failure.”

Bell has also run different programs and camps, including Hoops League, Iceland National Camp and Alabama Basketball Academy, while also being a key fixture in AAU.

“He’s been where a lot of these kids want to go,” Boren said. “He can walk in the gym and have an instant connection with them for that reason. He has played at the highest level and his pedigree is unmatched.”

Bell will take over a group that went to the Elite Eight last year and was on the verge of a trip to the Final Four with several key starters back including All-County First Team player Michael Jones, who was one of the county’s top scorers last year.