Margaret Joyner has spent a lifetime taking care of others through volunteerism and serving family members over the decades. 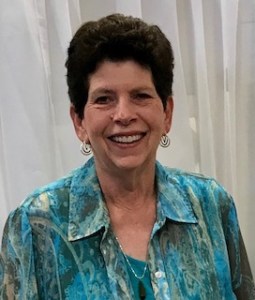 As a retiree from Bell South Telephone Company, Joyner enjoyed a successful career that began when she was 20 years old and lasted the next 27 years.

“It was a good company, decent salary, good benefits and nice people. I never met anyone I didn’t like,” Joyner said of her work experience at Bell South.

She was a member of The Telephone Pioneers of America Volunteer Network, the world’s largest corporate volunteer organization.

Joyner has fond memories of involvement in community events such as Special Olympics, rodeos, fishing and fundraising projects.

Joyner’s effort to help her community is demonstrated in her support of Heavenly Smile, a faith-based organization that assists local churches with benevolent outreaches emphasis on Community Food Pantry.

Heavenly Smile sponsors families with gifts and food during Christmas and also participates in the jail ministry.

From November 2018 and October 2019 the organization has volunteered 3,519 hours and collected 384 pounds of food, as well as over 20 pounds of personal care items for the jail ministry program.

A member of a multi-generational family, Joyner grew up in New Orleans, Louisiana during World War II.

Her father was in the United States Marine Corps. Consequently, she never saw him until she was 17 months.

Her mother had showed her pictures of him so she would be able to recognize him when he returned home.

“I grew up knowing you worked hard and were expected to get a good education. Our elders were very strict and our home was orderly, we were taught not to cry in public and to show no fear,” Joyner said.

She has one daughter from her first marriage to Edward, which ended when her husband passed from cancer.

She remarried at age 55 to a long-time friend. Six years later, her second husband, Jim Joyner, also passed from the same disease.

The love from their union lives on through Jim’s three grown children, eight grandchildren and eight great-grandchildren.

Ledlow supports others through Christian service