D2 soccer camp to be held next week at THS 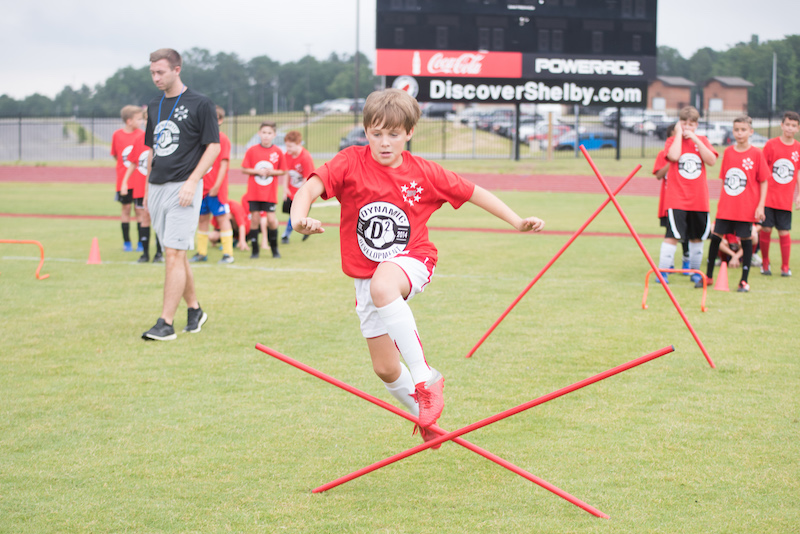 ALABASTER – Local soccer coach Dan DeMasters, who heads the Thompson soccer program, is a skilled developer of talent and will host his seventh annual Dynamic Development soccer camp during the week of July 20-24.

Despite the obvious difficulties of putting on an event of this magnitude in the current climate, DeMasters is excited to welcome student-athletes of all ages to Alabaster and has put together a stellar group of coaches to mentor and coach them up.

“This might be my best coaching staff,” DeMasters said. “Every single coach on my staff is a collegiate soccer player. So whether they’re working with five or six year olds all the way up to the elite groups there’s a quality coach with experience teaching the kids.”

DeMasters hopes to bring along other great players similar to Davis and McQueen and believes he’s found a welcoming environment to do so with Alabaster City Schools.

“I have control over my program, but I receive so much support from the school system,” DeMasters said. “When I go to them with an idea they’re always like ‘Yeah, let’s roll with this, let’s take this idea and go bigger and greater.’”

Thompson is very much invested in the soccer program with middle school, freshman, junior varsity and varsity levels for both girls and boys–a rarity in Alabama.

With the full support of ACS, DeMasters has been able to grow his brand of soccer and establish a new standard for his players.

“From when I started at Thompson to now, we’ve improved so much on our technical components and now I can begin to teach them the tactical part of soccer,” DeMasters said.

Alabaster’s youth soccer programs weren’t instilling technical skills early enough, so he set about cultivating a new program where children are taught fundamentals from a young age, setting them up for a high trajectory once they reach the varsity levels.

“I’ve already seen a change. I have girls now that were eighth graders doing 25 juggles that are now doing more than 200. And that’s where you need to be when you’re entering high school,” he said.

Bringing soccer prominence to Thompson is the new challenge DeMasters needed and even though it will be a process, he’s inspired to do what no one has done before.

“That’s the thing that lights the fire for (boys head coach Rusty) Cowley and I. He’s an alumnus of Thompson and neither the girls or the boys have won a championship,” DeMasters said. “Even though I have three from Oak Mountain, it’s like you can make history with this school and have such an indentation in the history books. That’s what I tell the girls and more and more have been buying in each year.”

So how does one get people excited about soccer in Alabama? Rewrite history, but also bring out the joy of the game for the fans and especially for the players.

“Soccer is a very low-scoring sport, and I think an American thing is we like our high-scoring sports so we’re drawn to scoring and points,” DeMasters said. “What I personally do is try to get the players to realize how hard it is to score one point. When you score that one goal it should be euphoric to you.

“I tell my girls when they score they have to celebrate. I had them write down what celebrations they were going to do. You have to get them excited, but I also talk about leaving a legacy. Do you want to be the first girls team to ever win a state championship? If that doesn’t put tingles on your neck I don’t know if you should be playing for our program. It’s about setting that standard.”

DeMasters has also partnered with the Birmingham United Soccer Association whose development programs reach into the lower youth levels.

“Part of the plan from the beginning was that BUSA has branched out to Alabaster where coach Cowley and I can be involved with the younger kids,” DeMasters said. “We get to work with sixth grade and younger and that’s just another piece of this body that we’re building as a program.”

Even with the spread of coronavirus, spots at the Pennsylvania transplant’s camp are still in high demand. So far 90 kids have signed up and spots are still available at a discounted rate due to COVID-19.

DeMasters has spent the last week finalizing plans and making sure his camp is ready to handle any challenges our new normal presents.

“We’re taking all the normal precautions like wearing a mask inside, trying to eliminate touch points and six feet social distancing so we’re following all the CDC protocols,” he said. “We will also have two trainers for some extra support this year and I think that’s important for people to know.”

For more information on camp details and how to register you can visit Dynamic Development’s website at dynamicdevelopmentcamps.com.