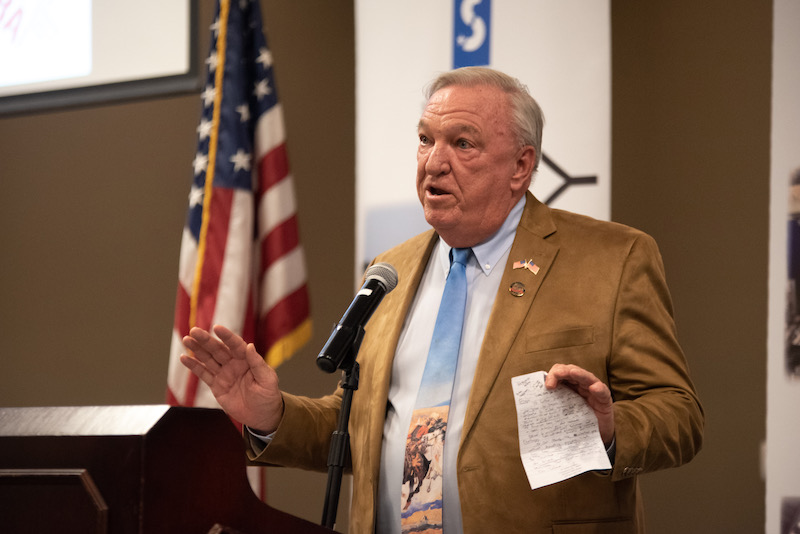 Stancil Handley has served as mayor of Columbiana for eight years, preceded by four years as a city councilman. He has practiced as an optometrist in the city for about 40 years and has raised a family here. (File)

Columbiana Mayor Stancil Handley has made it public knowledge he will not be on the ballot for the upcoming municipal election on Aug. 25.

“I’m not going to seek reelection. I’ve served eight years and it has been an honor and a pleasure to serve the city of Columbiana,” said Handley, who served on the Columbiana City Council for four years before becoming mayor in 2012. He is a longtime resident of the city and has practiced as an optometrist in the city for 40 years.

Handley cited numerous projects he is proud of that have taken place during his tenure as mayor of Columbiana.

“I’m very proud of the way we’ve been able to help move the city forward. We’ve got a full-time senior center now, Old Mill Square Park, proper housing for the Shelby County Arts Council, the first residential subdivision in Columbiana in 20 years, and we have other developers looking to develop there; so I’m quite proud of my administration and the council I’ve worked with,” he said. “There were no personal agendas, and everybody had a passion for the city of Columbiana and did a marvelous job of moving the city forward.”

Handley also praised the advent of the city’s transit system, which utilizes the two trolley cars that are frequently seen in town. He said it serves a need while also providing an opportunity for entertainment for those who enjoy riding them.

“People don’t realize how many citizens we have in Columbiana that don’t have transportation,” Handley said.

The mayor added he is looking forward to handing the reigns over to someone else “with equal passion for the city.” He anticipates that more people will qualify, and asks each voting citizen to consider carefully the citizens running and the issues prior to participating in the upcoming election.

“We got some momentum going for the city, and we want to be sure that we elect the proper person for mayor and the proper people for these council seats,” he said.

When asked the biggest reason he is not running again, Handley indicated he can see the vision he had for the city taking shape and he plans to make more time for himself.

“My vision was for Columbiana to become a place people would want to visit and come to be entertained. I think the groundwork is laid,” he said. “The next mayor and council can take that groundwork and hopefully have a few ideas and enhance the base plan and make it more exciting for our city.

“Lots and lots and lots of hours go into being the mayor if you do it properly. I just feel like eight years as mayor, I have served the city well and it’s time to let someone else pick up the flag and move it on forward. I’m looking forward to still being very active for the city but still doing more things for myself personally.”

Municipal elections will take place Aug. 25. Handley’s last day of service will be Nov. 1, and the new administration will take over on Nov. 2.