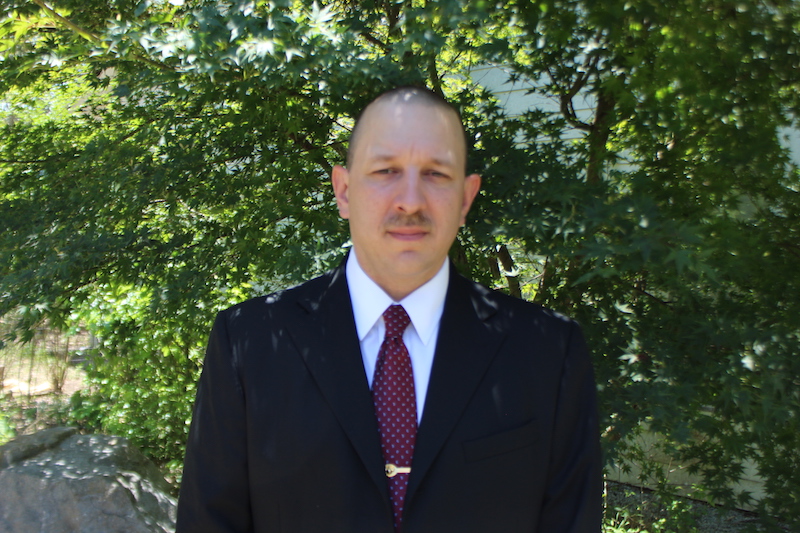 “I have been proud to call Vincent home for the last 18 years and serving for the past five years as a reserve police officer,” Latimer said. “I look forward to using my leadership skills and business experience to serve the city of Vincent and its residents.”

Latimer is a graduate of Briarwood Christian High School and served six years in the United States Marine Corps Reserve. He is also the President of FSI K9 Services, a local Vincent business specializing in the training and deployment of scent detection canines of various disciplines from explosives to bed bugs, as well as pest control services.

Latimer also holds certifications through the World Detector Dog Organization as a trainer of various scent detection canine disciplines, as well as a Pest Control Operator’s License in the State of Alabama.

Latimer has also served since 2008 on the Board of Director’s for the World Detector Dog Organization, a non-profit 501 c3 organization, dedicated to the research and improvement of scent detection canine teams though testing and certification worldwide.

“I have enjoyed serving the community these past several years as a reserve police officer, and I am eager to take on a greater challenge in serving as mayor,” Latimer stated. “I served in the military, and I have served as a reserve police officer because I believe strongly in serving something larger than myself, I have always believed in standing up for what is right, and that is a commitment that I will bring with me if the good people in Vincent deem me worthy to be the mayor.

“I understand the complexities of budgeting, as well as managing people and resources, and I look forward to the opportunity to help our small town grow into the future. I am now, and always will be, committed to the safety, prosperity, and general wellbeing of the citizens of Vincent, and am honored at the support and encouragement that this community has shown me.”

Board hears updates on projects at several Shelby County…