May gives back to country, community and family

William “Bill” May served his community through the Lions Club for nearly four decades.

“The communities I’ve lived in made it possible for me to be prosperous. I felt it was only right to give back in return,” said 77-year-old May. 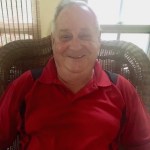 He recalls two occasions in particular that were extremely rewarding. He recalls a huge Christmas gift effort in which the Lions Club provided toys and clothes for 300 children. The items were purchased from Walmart which provided a huge discount. Little girls were given dolls, some of which were somewhat expensive.

“It really made me feel good,” he said.

As a member of the Denver, Colorado Lions Club, Bill remembers the teenage grandson of a woman that needed a coat. The woman had approached him and inquired if he might be able to help. She explained that the coat could not be red or blue because of the connection of those colors to gangs.

“I remember how that lady literally cried when I brought her the coat,” Bill said. “Toys for kids was my passion,” he added.

Bill ended his involvement with the Lions Club in 2015. During the 37 years as a member, May held position of secretary, treasurer and president. “I enjoyed working with the community, supporting the school system, providing eye glasses through the Birmingham eye glass clinic,” he said.

Dictionary.com defines the term “volunteer” as “a person who performs a service willingly and without pay.” The Mission statement from the Lions Club website reads as follows: “To empower volunteers to serve their communities, meet humanitarian needs, encourage peace and promote international understanding through Lions clubs.” His journey as a volunteer began when he was a young man when he joined the Texas Lions Club in 1978.

Bill’s vocational expertise in mortgage finance from 1964 through 1998 paved the way for opening his own business, Accent Mortgage Corporation, in June 2000. Exactly 10 years later, May closed the doors to his business and settled in for the peace and enjoyment of retirement and spending time with his wife and family.

An Arkansas native, Bill was born in Camden in 1943. A Navy veteran, he served from 1963-1971. He flew in a P-3 helicopter and was an Anti-Submarine Specialist, a position where he located and helped destroy submarines and performed air and sea rescue. After 1971, he joined the Navy Reserves where he spent 17 years.

Bill and his wife Jean Ann celebrated their 55th wedding anniversary on June 25 of this year.  The couple moved to Alabama in 1998. They have two daughters and three grandsons.