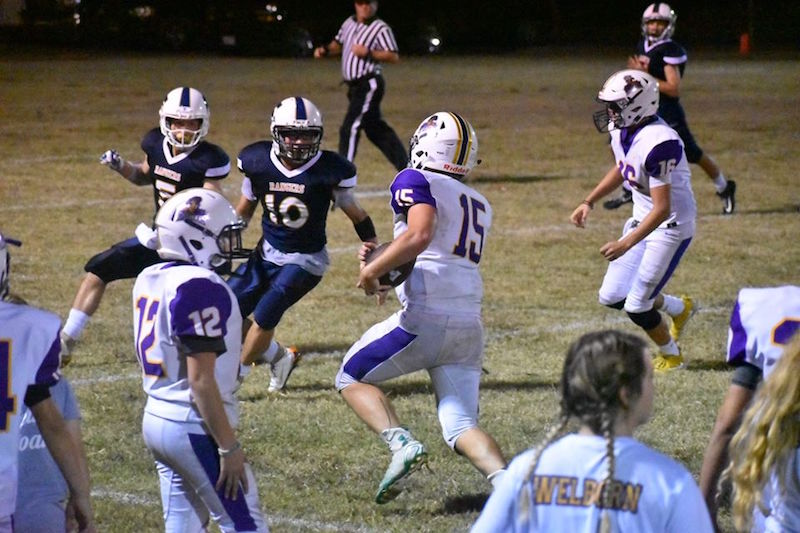 Now that we are in the month of August, the 2020 football season is nearing and the Cornerstone Chargers are hoping that means an opportunity to bounce back from back-to-back two-win seasons.

In 2018, the Chargers won their first and last games, and last year, they started 0-6 before finishing 2-2 in the final four weeks. Now, heading into 2020, they’re also facing the test of COVID-19, which has the numbers in the program slightly down due to the unknown of what’s to come this fall.

But with the season expected to be played, more players are showing up, while several of the team’s leaders are back and ready to tackle a schedule that sets up nicely for a run if they can find the talent.

One of the biggest bright spots will be senior Lane Bailey, who will play all over the field this season, including a shot at the starting quarterback position.

With his skill set, the ball in his hands is a must and something Cornerstone head coach James Lee hopes can make the difference going into his fourth year at the helm.

Last year, Bailey finished with 967 yards passing and 153 yards rushing with a combined nine touchdowns and will be leaned on heavily this year for more production on that side of the ball.

In order to be successful, he’ll need playmakers to step up at both receiver and running back, and Christian Chapman will be one of the key players to help make that happen.

Chapman isn’t the biggest guy, but his speed is a difference maker when the ball gets in his hands. He’ll be joined by Kyler Simmons and Cole Davis in the backfield, who are both athletic players that can play multiple positions.

All of those athletes will also spread out wide when not carrying the ball out of the backfield. Simmons is more of a traditional receiver that will make plays down the field, while Chapman would come out of the slot due to his quickness off the line.

Perhaps the most exciting part of the offense will come up front thanks to three-year starters Justus Adams and Warren Goodwin. Both players hold good size and have plenty of experience.

They’ll be joined by Matthew Crumpton, Jonah Murphree and Eric Durrett as starters on what should be one of the best lines Lee has had. If that unit can create space for athletes like Bailey and Chapman, the Chargers should at least see improvement from last year’s 12 points per game on that side of the ball.

The defense will also need to show improvement and with most of those exciting linemen playing on both sides of the ball, there should be opportunity for that to happen.

You’ll also see some of the more athletic playmakers from the offense at linebacker like Bailey, Simmons and Davis. All three are physical and persistent. It’s a unity that is flexible and will allow Lee to run different styles on that side of the ball.

In the secondary, Chapman will be the leader of the unit, but it’s a position that doesn’t have a ton of experience, and has some question marks going into the season.

That’s largely Cornerstone’s biggest issue this season. While some position units are in good hands from a starting standpoint, there is no depth right now.

One injury or illness during an interesting year, and the Chargers will have to turn to some young players.

If they can stay healthy and find any semblance of depth, the Chargers have the schedule that could allow for at least a spot in the playoffs.

Prediction (3-6): Cornerstone won six games during Lee’s first season, but have gone 4-17 the last two years. While last year’s team went 2-9, the Chargers were able to slide into the playoffs. The problem has been lack of depth, which seems to be a concern again this season. That said, I think the potential is there on offense if the starters stay healthy to top the last two years and make it to the playoffs again due to the way the schedule sets up. It will take a lot of hard work and some players stepping up without experience, but it is possible.

Athlete of the Week: Brooke Monti