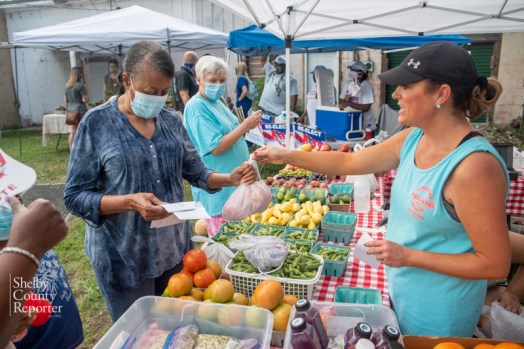 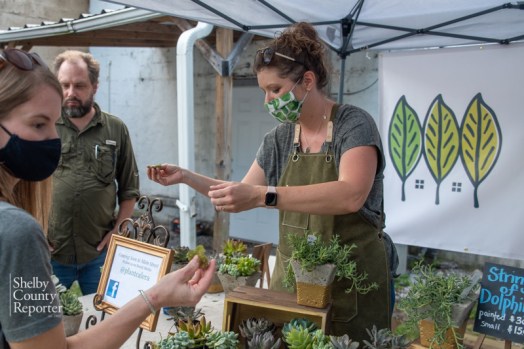 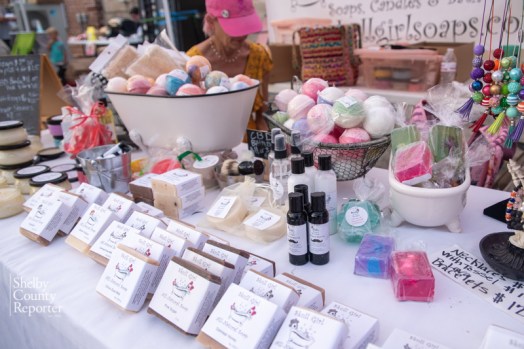 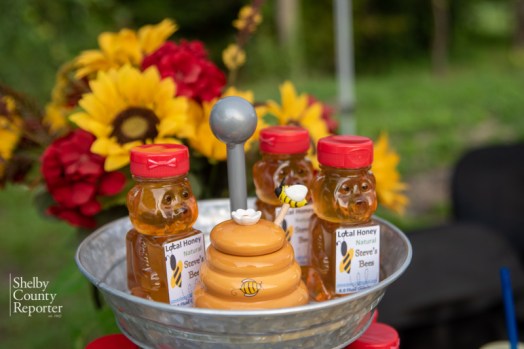 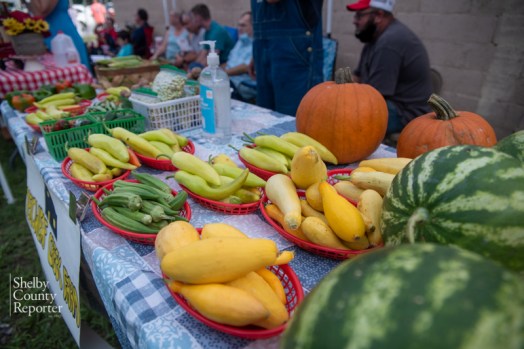 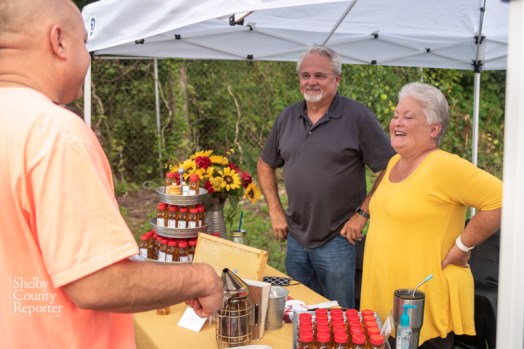 CALERA — A farmers market is the latest venture bringing new life to the historic downtown district of Calera.

Calera Main Street hosts the market each Friday off 17th Avenue behind the downtown shops on Alabama 25, from 4-7 p.m.

Calera Main Street Executive Director Jackie Batson said the market, which began on July 31 and will run through at least mid-September, is already proving popular among locals.

“As a main street program, we thought this was an excellent event to host,” Batson said. “I have already found that many, many residents are very excited to have access to a farmers market again.”

Inquiries from both the farming community and residents helped turn the idea into a reality. Adventurer’s Coffee, one of the shops along Alabama 25, had already become a popular pickup spot for vegetable boxes, Batson said.

“Within 10 days, we had 15 vendors, and we should have more going forward,” she said. “We are trying to have a food truck every week as well so people can shop and take home dinner, and eventually we will have restaurants open for people to be able to mill around, do a little shopping and go out to eat.”

Calera Main Street Farmers Market will operate for at least eight weeks, but Batson is optimistic that there will be enough demand to continue throughout the fall.

Four businesses have opened in the downtown district since Batson became director, and she is looking for five more to open before the end of the year. These include a bakery, a Crossfit style fitness center, a pizza restaurant, a shop offering houseplants and décor, and an event center in the former location of Baer’s Department Store.

“It’s basically been vacant; Collectivus Church is helping to restore that building,” Batson said of the Baer’s location. “They will be having their worship services there every Sunday, but the rest of the week it will be available to rent for weddings or parties or small businesses.”

“We are developing as many wonderful reasons to visit and enjoy downtown as possible,” Batson said. “We are really breathing new life back into kind of a forgotten area.”