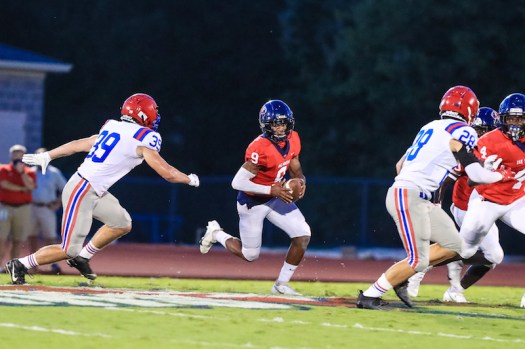 Oak Mountain’s Evan Smith scored two touchdowns in the final two minutes, including the game-tying and game-winning scores as well as a 2-point conversion, to lead the Eagles to a thrilling win against Vestavia Hills. (For the Reporter/Dawn Harrison) 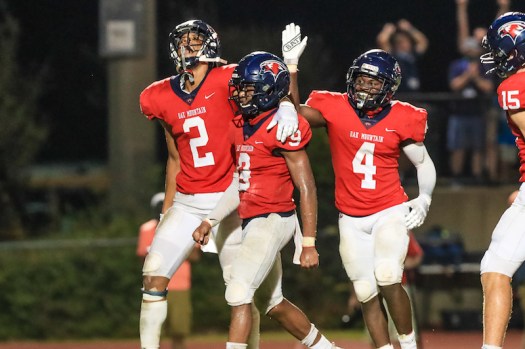 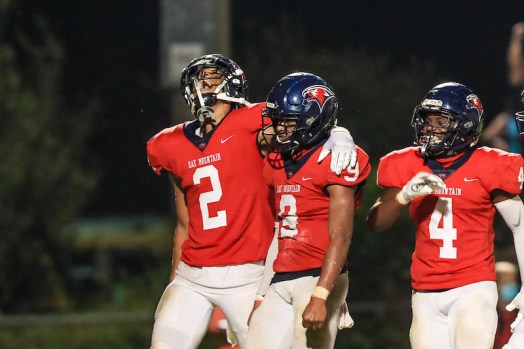 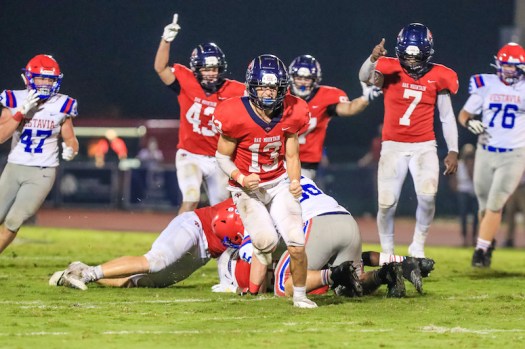 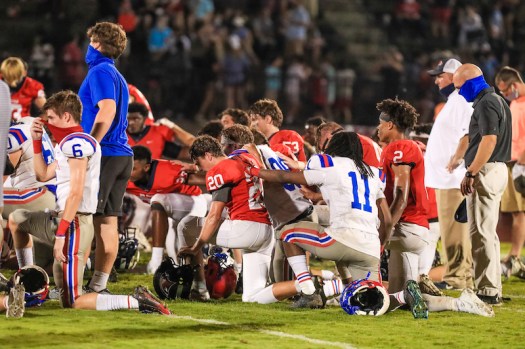 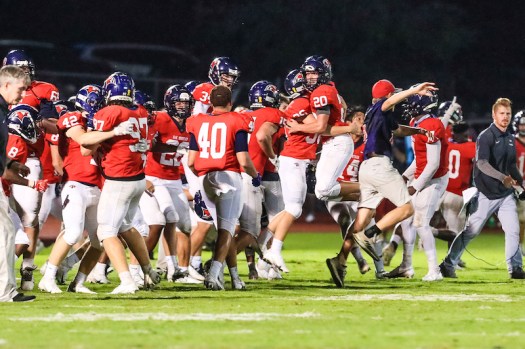 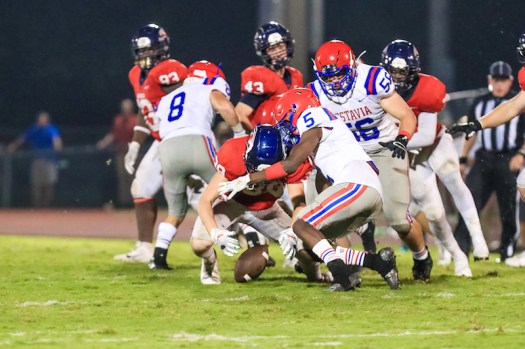 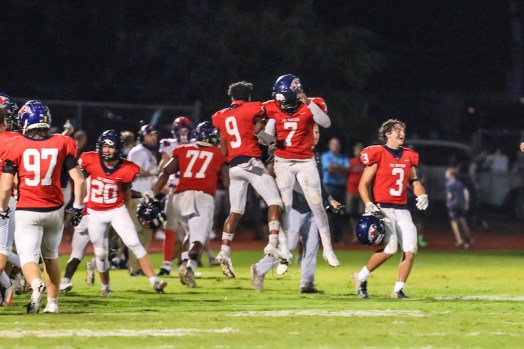 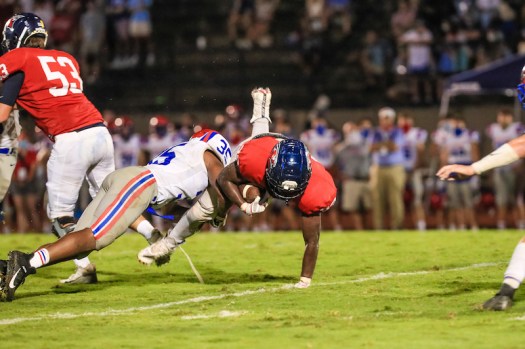 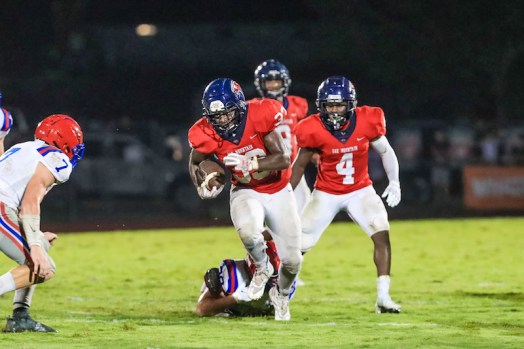 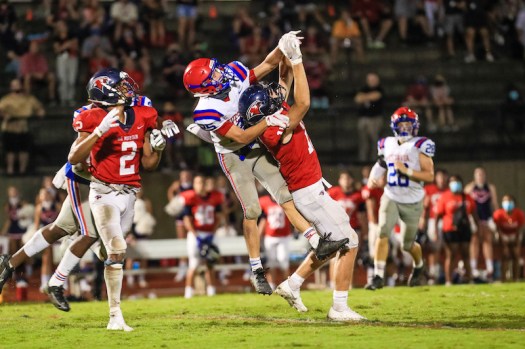 NORTH SHELBY – Trailing by eight with four minutes to play, the odds were not in Oak Mountain’s favor to tie the game, let alone score twice to defeat Vestavia Hills on Friday, Sept. 11, but the Eagles made history.

Two touchdowns in the final three minutes, including the game-winning 9-yard touchdown run by quarterback Evan Smith with 12 seconds left helped the Eagles make history as Oak Mountain started a season 4-0 for the first time in school history behind a thrilling 35-28 comeback win over the Rebels.

“The kids did a phenomenal job,” Oak Mountain head coach Cris Bell said. “We told them it would be a 15-round heavy weight bout, and you just can’t quit and our guys didn’t quit. They wavered there for a minute, but didn’t quit.”

Smith led the Eagles with 146 yards rushing and three touchdowns as Oak Mountain rolled up 420 yards of total offense with 348 of those yards coming on the ground.

As exciting of a finish as this game had, the first half was also entertaining.

The Eagles struck first on an 8-yard touchdown run by Cade George. The run capped off a 97-yard drive by Oak Mountain.

From there, Vestavia took command scoring 14 unanswered points. The Rebels had runs of 23 yards for a touchdown and a 46-yard touchdown run by Bryant Agee midway through the second quarter to make it 14-6 Rebels. Agee led all rushers with 151 yards.

The Eagles responded when Smith scored his first touchdown of the game on a 9-yard run to make it 14-12.

But the biggest play of the first half came with just three seconds left.

After calling a few timeouts, Oak Mountain blocked a 33-yard field goal attempt by Vestavia to take all the momentum into the locker room.

“The field goal at the end of the first half was huge,” Bell said. “That probably is the play of the game.”

After both teams traded touchdowns in the third quarter, Vestavia took a slight 21-20 lead into the final 12 minutes.

Early in the fourth quarter, the Rebels extended their lead when quarterback Braden Glenn raced 35 yards up the middle for a touchdown on third down to make it 28-20.

With less than five minutes to play, a fumbled pitch by Oak Mountain led to a turnover on downs and almost cost the Eagles the game.

However, a few plays later, Vestavia gave the ball right back to the Eagles when Agee coughed up the ball at the 32-yard line with four minutes to play.

Trailing by eight, Smith used his legs once again and scored from 1 yard out and tied the game by running in the 2-point conversion to make it 28-28 with 2:13 to play.

Forcing a three-and-out on defense, the stage was set for the comeback win as the Eagles went 54 yards in the final 1:15 as Smith dove over the goal line with 12 seconds to play to secure the 35-28 win.

“The thing I love about these guys is they just keep playing,” Bell said. “We did the same thing tonight that we did to Pelham. They had a lot of momentum on offense and our defense just hung in there and kept battling.”