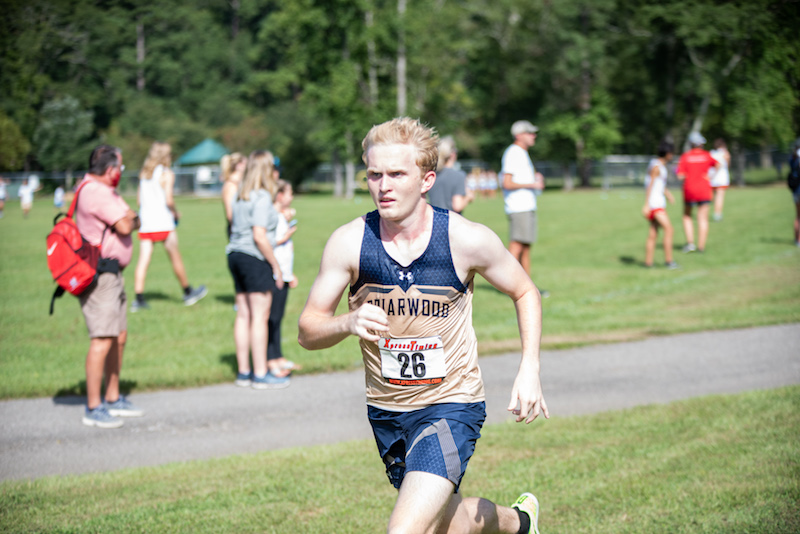 Briarwood’s Trent Malloy had another strong performance at the TCBY Invitational, as did the rest of his Lions’ teammates. (File)

TUSCALOOSA – The Briarwood Lions and Calera Eagles continued their run through the 2020 cross country season on Saturday, Sept. 19, at the TCBY Invitational hosted by American Christian Academy at Munny Sokul Park in Tuscaloosa.

Competing in the boys and girls 5K races, both Briarwood teams finished inside the top three of the team standings, while Calera’s boys finished fourth and the girls finished seventh.

For the Lions, the boys’ team continued a dominant start to the season with another first place finish. Briarwood totaled 40 points behind four top 10 finishers and seven top 20 finishers.

A big reason why was the sustained success from senior Trent Malloy. He finished second in the event with a time of 16:34.75 and has now finished second twice this season and first once.

Joseph Bell was the Lions’ next highest finisher in seventh with a time of 17:04.82, while Luke Thompson and Brandon Dixon closed out the top 10.

Patrick Hnizdil added one more finisher inside the top 15 for Briarwood thanks to his finish of 12th behind a time of 17:23.48.

Beyond that, Joseph Hopkins and Ford Thornton were the final two finishers inside the top 20 for the Lions as both also broke the 18-minute mark. Hopkins finished in 17:46.45, which was good enough for 17th, while Thornton finished one spot lower in 18th behind a time of 17:47.53.

Riley Gay was the highest finisher for Calera, claiming 14th behind a time of 17:26.94. According to Milesplit, that marks a new personal record for Gay, who hadn’t finished race in less than 19 minutes this season. He has, however, now finished 15th or better in every race he has run.

In the girls’ race, Briarwood freshman Bella Doss was the highlight behind her top-10 finish. She finished the 5K with a time of 21:22.66, which was good enough for ninth place.

The Lions finished third in the team competition with a total of 87 points, which was behind Northridge (40) and American Christian Academy (21).

Calera’s girls were highlighted by Larysssa Molina-Becerra, who finished 38th with a time of 24:41.99.