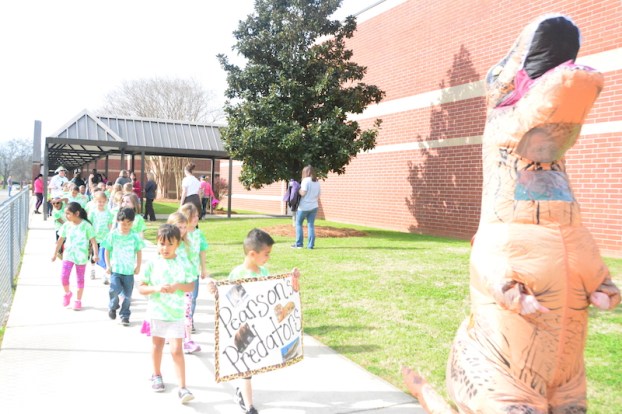 Alabaster City Schools will be making upgrades to most of the schools in its school system in the near future. (File)

ALABASTER – Students and teachers in the Alabaster City School system will soon benefit from several capital project upgrades to most of the schools in the school system.

Thanks in part to the state bond issue, which dished out $1.25 billion in May to help schools, the school system will be upgrading roofs on two schools, while making several different upgrades to Creek View Elementary, Meadow View Elementary, Thompson Middle School and Thompson Intermediate School.

“From when we started seven years ago, we made our facilities a priority,” said ACS Board of Education President Adam Moseley. “We’re trying to upgrade the facilities that we inherited, and I think we’ve been able to do that. You can’t do it all at one time. But I think we have a good plan over the next 12-18 months to make some big upgrades.”

Two of those major upgrades will come at Creek View Elementary and Thompson Middle. The two schools will soon see new roofs on the building for the first time in more than 25 years.

The last time the middle school had its roof replaced was 1987, while Creek View’s roof was last replaced in 1994. With the interior already renovated during the recent move to the building, the board felt it was time to also get a head start on replacing the roof to prevent any sort of damage from its age.

The project will cost approximately $2 million to complete both roofs with the Thompson Middle School price being $1.2 million and the Creek View price being $819,000.

“It’s very important for us to get on a regulated process for replacing those items,” said Alabaster City Schools’ Superintendent Dr. Wayne Vickers. “When you replace the HVAC, roofs and upgrade your facility, it’s not something that’s high profile to a lot of people, but it makes a difference in the environment for our students and teachers. They deserve the best.

“Our goal is to be the best school system in the state and we’re going to work diligently to make sure our students and teachers have the best environment.”

These are all upgrades on the horizon for the school system with the roofing projects set to begin soon.

“Being able to tackle some of these big projects like replacing the roof, upgrading the interior, getting these new air conditioners. I think our parents expect that now,” Moseley said. “There wasn’t that expectation seven years ago I don’t think, but there is now. Our students definitely do. They want to be in a facility that is clean, working and they’re proud to go to school in.”

Moseley also said the new Thompson High School has been proof that the environment does make a difference for them.

“We’ve seen a big difference by the way the kids take care of the school at the high school because of its upgrades,” he said. “They take a lot more pride in the school and the system, and are proud to go to school there. It helps the learning environment when you have a school that is clean and safe.”

Both Moseley and Vickers also said it was important for each school in the system to benefit from the upgrades and create the best environment possible.

“Since day one, our goal was to upgrade facilities, arts, athletics. It all kind of works hand-in-hand,” Moseley said. “We’ve got five schools and all the buildings are in pretty good shape, but we’re going to stay ahead on some projects so we can keep them in great shape and be proactive.”

They also were grateful for the state bond issue, which makes many of the projects possible.

FROM STAFF REPORTS The University of Montevallo Board of Trustees voted during a Sept. 29 virtual meeting to remove the... read more